Home Keep Up Biden Regime ‘Nothing Special About Being An American’ says VP Joe Biden during Foreign... 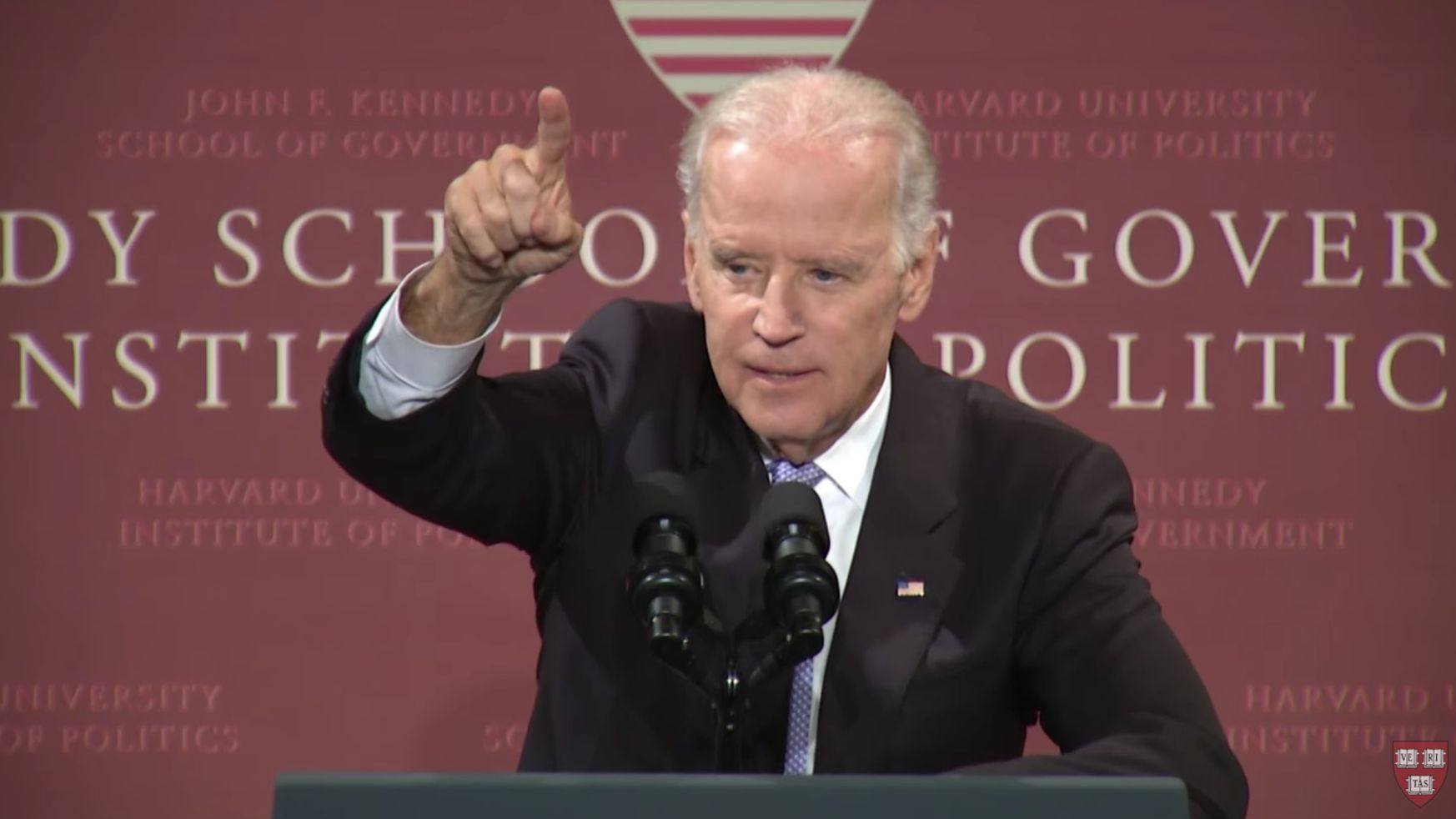 On Thursday, October 2, 2014, the 47th Vice President of the United States, Joseph R. Biden Jr., delivered a public address on foreign policy to the JFK Jr. Forum. He spoke of the importance of America’s international role, discussing conflicts in the Middle East, Russia and Asia. He also emphasized the need for a stronger American economy and greater trade. The Forum was moderated by David Ellwood, the Scott M. Black Professor of Political Economy and the Dean of the Harvard Kennedy School.

During this 2014 speech at Harvard University, Vice President Joe Biden said that there is “nothing special about being an American” and that one cannot define “what an American is.”

“America’s strength ultimately lies in its people. There’s nothing special about being American – none of you can define for me what an American is. Can’t define it based on religion, ethnicity, race, culture. The uniqueness of America is that we are a group of people who agreed on – whether we say it, whether we’re well-educated or not, whether we say it in terms of basic agreements but we really do believe without saying it, ‘We the People.’  ‘All men are created equal, endowed by their Creator.’ Sounds corny. But that’s who we are. That’s the essential strength and vibrancy of this country.”

Four Things That Set Americans Apart and Why They Matter

The results are in. We now have sociological data about the values, beliefs, and attitudes that make Americans unique when compared with people from other nations—especially those from other rich nations. The Pew Research Center’s 2014 Global Attitudes Survey found that Americans have a stronger belief in the power of the individual. Compared to residents of other nations, Americans are more likely to believe that hard work will lead to success. Americans also tend to be much more optimistic and religious than people in other rich nations.

What Makes Americans Unique?
Sociological data from the Pew Research Center suggests that Americans differ from residents of other nations in their individualism and their belief in hard work to get ahead. Moreover, compared to other wealthy nations, Americans are also more religious and optimistic.

Let’s dig into these data, consider why Americans differ so greatly from others, and figure out what it all means from a sociological perspective.

A Stronger Belief in the Power of the Individual

Pew found, after surveying people in 44 nations around the world, that Americans believe, far more than others, that we control our own success in life. Others around the world are far more likely to believe that forces outside one’s control determine the level of one’s success.

Pew determined this by asking people whether they agreed or disagreed with the following statement: “Success in life is pretty much determined by forces outside our control.” While the global median was 38 percent of respondents disagreeing with the statement, more than half of Americans—57 percent—disagreed with it. This means that most Americans believe that success is determined by ourselves, rather than outside forces.

Pew suggests that this finding means that Americans stand out on individualism, which makes sense. This result signals that we believe more in the power of ourselves as individuals to shape our own life than we believe that outside forces shape us. The majority of Americans believe that success is up to us, which means we believe in the promise and possibility of success. This belief is, in essence, the American Dream: a dream rooted in the belief in the power of the individual.

However, this common belief runs counter to what we social scientists know to be true: a litany of social and economic forces surround us from birth, and they shape, to a large degree, what happens in our lives, and whether we achieve success in normative terms (i.e. economic success). This does not mean that individuals do not have power, choice, or free will. We do, and within sociology, we refer to this as agency. But we, as individuals, also exist within a society composed of social relationships with other people, groups, institutions, and communities, and they and their norms exert social force on us. So the paths, options, and outcomes from which we choose, and how we make those choices, are influenced greatly by the social, cultural, economic, and political circumstances that surround us.