Home Faith and Folly Transhumanism NPR: Whores of the Techno-Apocalypse 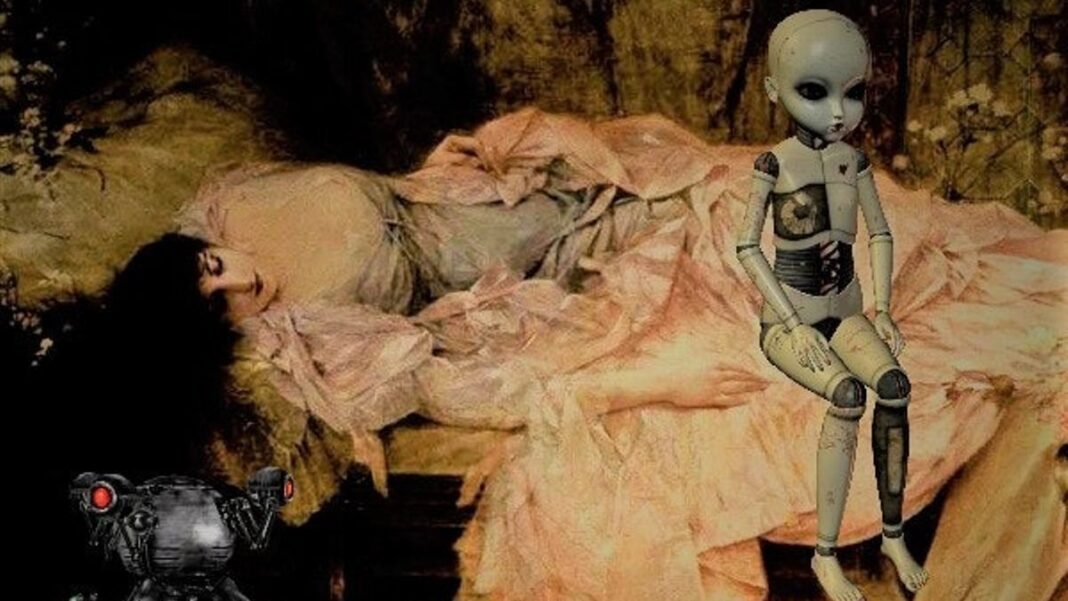 National Public Radio is designed to put you to bed. Never trust a harlot.

“Belief in salvation was once the province of religion,” Brooke Gladstone said on air last Saturday, “but computer science has transferred faith to the god in the machine.”

Without warning, NPR’s On the Media went from the usual condescension toward red state Americans to dreams of a superhuman Computer God. Listening to Gladstone’s soothing timbre, you’d think she was informing schoolkids about a new flavor of ice cream.

“The idea is that we’ll possibly be able to upload our minds to some sort of computational substrate,” her guest hissed, “so that our minds will be able to exist there after we die.”

I nearly ran off the road. Has NPR gone from normalizing transgender kids to boosting transhumanism?

The episode featured Meghan O’Gieblyn, author of God, Human, Animal, Machine. Honestly, the book is an excellent history of transhumanist ideas, even if the voice lacks mammalian vigor. On air, though, her blithe tone was absolutely maddening.

She casually went over brain implants, digital immortality, and sincere speculation that the Internet is becoming a self-aware global brain. Gladstone seemed unconcerned. The two women’s only worry was that advanced artificial intelligence won’t be sufficiently liberal.

After describing her successive conversions from fundamentalist Calvinism to Kurzweilian transhumanism to her current headspace in agnostic philosophy, O’Gieblyn ended the interview with a shrug:

“I think it’s interesting we for centuries have hypothesized this form of higher intelligence that we call ‘God,’ and now we’re building a form of intelligence that it’s possible will surpass us at some point in the near future. There’s a reason why these theological metaphors are emerging at the moment that they are.”

Nothing to see here. Move along.

No discussion of the power dynamics behind this spiritual shift from tradition to technology. No mention of the totalizing schemes articulated at the World Economic Forum by Klaus Schwab, Parag Khanna, or Kai-Fu Lee. Basically, Gladstone and O’Gieblyn ignored Big Tech’s role in spreading this global techno-religion altogether.

That part wasn’t surprising. NPR will keep their listeners in terror over germs, global warming, and Facebook “misinformation,” but when confronted with radical technocracy, these over-enunciating snakes will run cover for the Powers That Be.

People say right-wing radio is designed to make you furious, but nothing gets my blood boiling like the half-truths on National Public Radio. Their broadcasters project so much self-satisfaction, you wanna smash through the speaker and slap the soy latte from their lips.

So far as I can tell, NPR’s sole purpose is to lull smug liberals to sleep, where they dream of being rebellious intellectuals. Their heads are crammed so far up their espresso makers, all they can hear is the whirring of their own gears. That droning narrative is so vapid, you’d think Brooke Gladstone was a China-made chatbot.

If a machine learning system was trained on nothing but NPR broadcasts, the hapless computer would think all white people are violent racists, minorities are sinless, illegal immigrants are saints, crime statistics don’t exist, men in dresses belong in girls’ bathrooms, and experimental mRNA vaccines are nothing but “safe and effective.”

If that AI system was used to determine job placement, steer criminal investigations, or justify demographic engineering, half the country would be sent to gulags to sew rainbow flags for the rest.

Were that to happen, NPR would probably call it “digital justice.”

If you can forget Meghan O’Gieblyn’s hissing radio voice, her book God, Human, Animal, Machine has tremendous value. She traces the history of transhumanist ideas to their deepest roots. Shifting back and forth between traditional theology and spiritualized tech, she makes a strong case that techno-fetishism bears all the hallmarks of a religious system:

“All the eternal questions have become engineering questions. … What makes transhumanism so compelling is that it promises to restore through science the transcendent—and essentially religious—hopes that science itself obliterated.”

In the end, transhumanism was too dogmatic for O’Gieblyn. It’s too similar to her fundamentalist upbringing. And yet her self-absorbed journey led her to write a remarkable book. To my knowledge, she’s the first scholar to locate the origin of the word “transhuman” in the Paradiso portion of the Divine Comedy:

“Dante strives to emphasize…the fact that the metamorphosis of his body is unlike anything a human has ever experienced. In the end he is forced to make up an entirely new word, transumanar, which means roughly ‘beyond the human.’ When Henry Francis Cary translated the book in 1814, he rendered it ‘transhuman’: ‘Words may not tell of that transhuman change.’”

The term wouldn’t reemerge until 1947, when it was employed by Teilhard de Chardin, and then solidified in a 1957 lecture by Julian Huxley. From then on, transhumanism became the eccentric sister of scientism.

At its heart, O’Gieblyn’s work is about finding meaning in a godless world. From philosophical gymnastics to lovable robots, she searches desperately for a soul in the glass eye of the Machine. Her yearning inspired scholarly forays into panpsychism—the theory that consciousness pervades the universe to varying degrees, from atoms to amoebas.

Some panpsychists think consciousness is emerging from the billions of connected nodes that make up the Internet. This emergent “global brain” is yet another form of the Alien Computer God.

Even after discarding her faith in the Singularity—that inflection point when advancing technologies will converge on a deified artificial superintelligence—O’Gieblyn remains open to the idea the Internet is becoming a global brain. According to certain theories, this world consciousness would subsume our identities under a single hive mind. It’s like a social media mob, she writes, only far more disturbing.