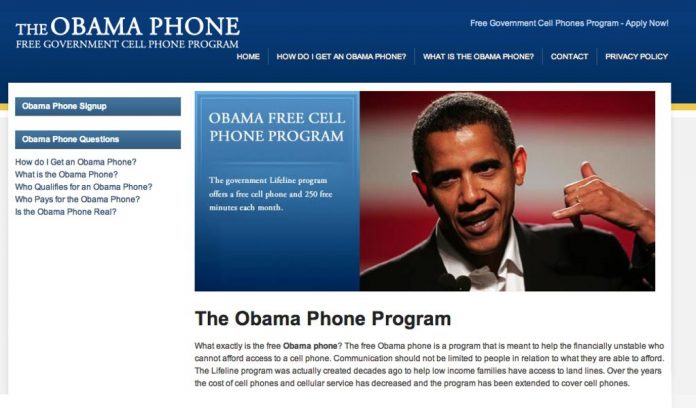 Every time you pay your cell phone bill you pay a “USF ” (Universal Service Fee)  that is used to give low income people free cell phones and time for those phones. (look on your bill) Those phones are called “Obama” phones by the poor. Google “The Obama Phone” and see what you find.

Smart meters are going to enable utilities around the country to use what is called “dynamic pricing.”  Dynamic pricing allows us to be charged different prices for the electricity we use at different times of the day. Radical environmentalists are fighting tooth and nail to prevent new power plants from being built. Because those plants are not being built, in the near future there will not be enough electricity to go around in high usage times. Smart meters enable utilities to charge such a high price in the afternoon peak periods that the general public will be forced to lower their usage by not running their air conditioners, washers, dryers etc. The industry refers to it as a “price point” that will “change”  the customers behavior.  (Evidently it’s part of the “Hope and change”  we have been hearing about for a few years now.)  That “change” for us is not being able to afford to use electricity. in the afternoon because of the  costs involved. Of course people with lower incomes will be affected by this as well but don’t worry there is a way they can be taken care of. How? The same way they get free (for them) cell phones. There are proposals to charge a USF fee on our power bill just like we already do on our cell phone bill,  so we can also pay the bills of the low income customers from our bill. (I guess they could call it “Obama Electricty”) Below is a couple of quotes from a utility industry newsletter that opposes a USF apparently at this time:

“Moreover, assessing smart grids and smart meters won’t promote USF but will negatively impact the development and deployment of this emerging technology.”

Note that their opposition is not due to “fairness” but rather because it probably would create opposition the deployment of the oh so important smart meters. One more thing, in California if your neighbor gets an electric car he will get a reduction on the cost of his electricity which means that you would be paying part of his bill as well. Thought you would want to know what is coming your way.