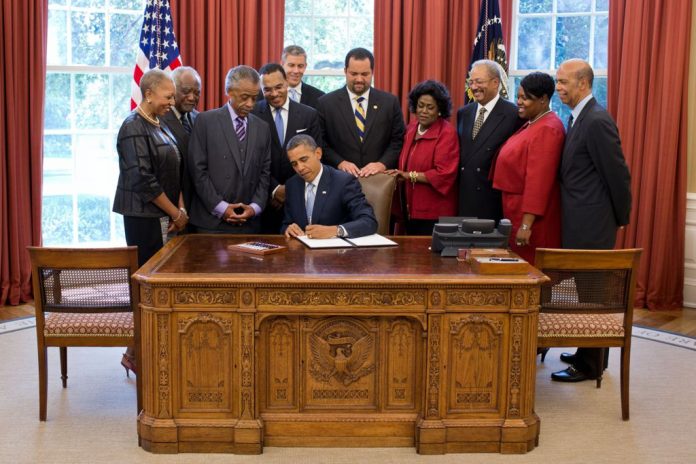 President Barack Obama recently wrote an executive order that established a White House initiative on educational excellence for black Americans that will be housed in the Department of Education. It proposes “to identify evidence-based best practices” to improve black achievement in school and college. Though black education is in desperate straits, the president’s executive order will accomplish absolutely nothing to improve black education. The reason is that it does not address the root causes of educational rot among black Americans. It’s not rocket science; let’s look at it.

The president’s initiative contains not one word about rampant inner-city school violence, which makes educational excellence impossible. During the past five years, Philadelphia’s 268 schools had 30,000 serious criminal incidents, including assaults — 4,000 of which were on teachers — robberies and rapes. Prior to recent layoffs, Philadelphia’s school district employed about 500 police officers. In Chicago last year, 700 young people were gunfire victims, and dozens of them lost their lives. Similar stories of street and school violence can be told in other large, predominantly black cities, such as Baltimore, Detroit, Cleveland, Oakland and Newark.

If rampant school crime is not eliminated, academic excellence will be unachievable. If anything, the president’s initiative will help undermine school discipline, because it advocates “promoting a positive school climate that does not rely on methods that result in disparate use of disciplinary tools.” That means, for example, if black students are suspended or expelled at greater rates than, say, Asian students, it’s a “disparate use of disciplinary tools.” Thus, even if blacks are causing a disproportionate part of disciplinary problems, they cannot be disciplined disproportionately. ~ Walter Williams

Obama has signed an executive order entitled “White House Initiative On Educational Excellence,” which qualifies as deceitful a name as a politician has ever invented. It should be called, “Affirmative Action in School Discipline.” This order establishes a government panel composed of senior officials from the Departments of Education, Justice, and Labor for the purpose of promoting “a positive school climate that does not rely on methods that result in disparate use of disciplinary tools.” The order goes on to say, “African Americans lack equal access to highly effective teachers and principals, safe schools, and challenging college-preparatory classes, and they disproportionately experience school discipline.” You would think this was pre- Brown vs. Board of Education (1954) the way this order is worded.

What this literally means for all of us is that discipline in schools will no longer be based on the content your character, but on the color of your skin. Since a disproportionate number of African – American students currently receive punishment, this federal mandate means there will be only two ways to balance the scales: punish more white kids who didn’t deserve it, or ignore more offenses by black students. This is all based on the fact that there is a numerical discipline disparity between the two groups, not because of any proven racial discrimination. This is the same tactic the left used when they bludgeoned American companies with affirmative action in hiring, firing, and promotion. Ditto for colleges when it came to admissions, even though no discrimination beyond raw numbers had ever been proven. Not only was there no law mandating such unequal treatment, the Supreme Court ultimately ruled that these kinds of policies were unconstitutional. However, that didn’t stop the feds from relentlessly pressuring companies and schools into compliance. But once the courts ruled against them, they stopped doing it openly, and resorted to disguising their intentions while continuing the same practice under nice sounding names like “diversity.” Under diversity policies, characteristics other than race must be taken into account for employment and admission decisions – things like culture and language. Companies and colleges now proudly boast about their “diverse” workforce or student body, which is supposed to enrich the experiences of all those white employees and students. The courts haven’t caught up with this tactic yet, or this too should be ruled illegal, since these policies are not based on merit, but are blatantly discriminatory. Forget that our own Declaration of Independence stated that the only purpose for government was to secure the natural rights given to us by our Creator. In Obama’s view, the primary purpose for government is to make all outcomes (not opportunities) equal and fair, whether it was deserved or not. ~ Tony Caruso

The White House thinks that schools are providing too much discipline to black students, and it is proposing race-based quotas for school suspensions. That’s right, affirmative action for school discipline. Could Asian students be disciplined more to meet quota requirements? That’s what Trifecta thinks. Hear what race-based school discipline means for American education.