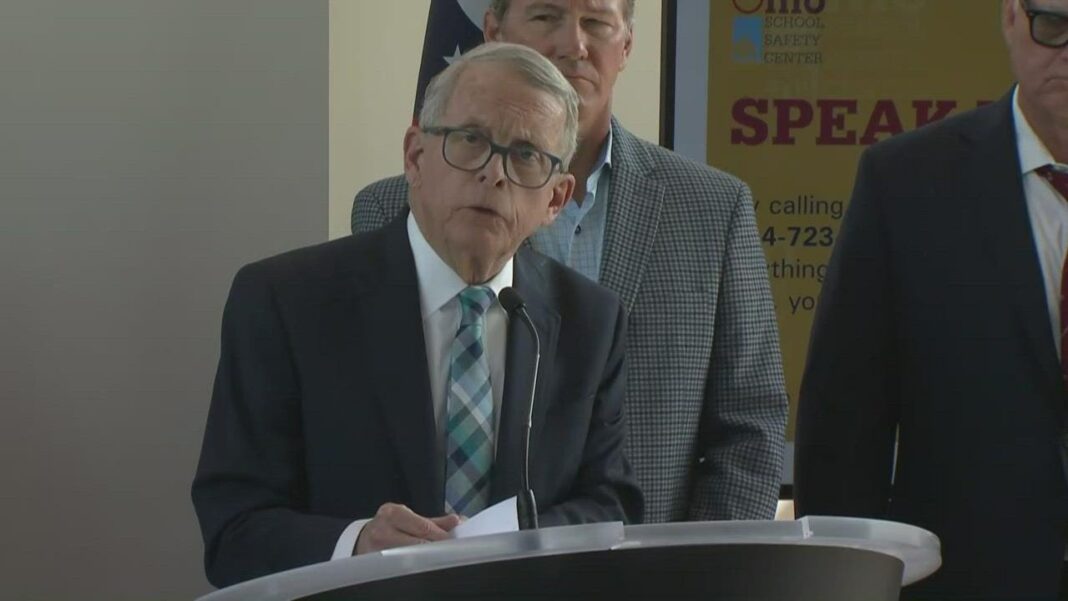 School districts in Ohio now have the option to allow teachers and school employees to carry weapons.

Republican Gov. Mike DeWine on June 13 signed a bill that would let school districts decide whether to allow teachers to be armed. Teachers in participating district would require a minimum of 24 hours of training and eight hours of re-certification training annually.

The signing of the bill comes on the day Ohio’s “permitless carry” law takes effect.

Under the new law, school boards which allow teachers and employees to be armed have to inform the parents of the decision. The law also requires armed teachers to undergo annual criminal background checks.

Educators would receive comprehensive and quality training that also includes how to spot behavioral problems or violent tendencies in a student, DeWine said.

“This does not require school districts to arm its teachers,” DeWine said. “Every school district can make its own decision. This is a local choice not mandated by the state or governor. This bill is part of a comprehensive and layered approach to school safety and keeping kids safe in schools.”

The training would be scenario-based, including how to stop an active shooter and how to de-escalate a violent situation, crisis intervention.

“If parents hear or see something, they should say something,” DeWine said. “School safety is everyone’s business.”

The governor’s signing of the bill comes less than a month after the school shooting at Robb Elementary in Uvalde, Texas, that left 21 dead.

The bill DeWine signed on Monday was in the works more than a year ago. The law will take effect in early September and would allow teachers to be armed in the 2022-2023 school year once the required training is completed.

Republican state Rep. Thomas Hall sponsored the bill to allow to arm teachers and introduced it on Feb. 9, 2021.

Hall’s father was a school resource officer on duty when a 14-year-old boy shot and injured two students at Madison High School in northeast Ohio in 2016.