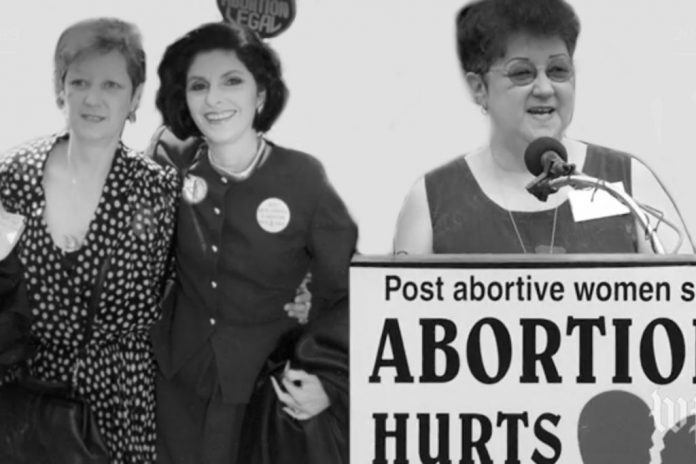 By Hans Von Spakovsky ~ With the 40th anniversary of the infamous Roe v. Wade decision, many are reflecting on the consequences legally, morally, spiritually, and ultimately in human lives. Even liberal legal scholars have acknowledged in recent years that the Supreme Court’s constitutional basis for its decision was questionable, but the private views below focus on the moral and not the legal implications of the decision.

I work in Washington. Just down the street from my office, every year hundreds of thousands of Americans come to the March for Life to protest the enormous loss of innocent lives engendered by this legal decision. The participants include my brother Michael and his family: he works to raise money for members of his church to travel the long distance to Washington.

Given our familiarity with German history because of our family background (my mother grew up in Nazi Germany), we are aware of the well-known, inspiring, chilling speech by Martin Niemöller, a Protestant pastor and vocal critic of Adolph Hitler who spent seven years in a concentration camp. My brother used that speech recently as an inspiration for speaking to a group about the March for Life:

“They first came for the most innocent among us, the unborn, and I didn’t speak out because I wasn’t a baby in the womb.”

Did you know that today in the U.S. 3,000 to 4,000 children will be killed in the womb; that in the next week 21,000 to 28,000 of our younger brothers and sisters will be dead from abortion; that this year alone 1.2 million will perish in the U.S.; that since the 1973 Roe v. Wade decision over 54 million of the most innocent among us have been killed in and outside of the womb; that worldwide over 45 million babies are aborted every year; that within the African-American community, the rate of abortion is 3 to 4 times higher than in the rest of the population and that 36% of all abortions in the U.S. are of African-American babies, despite the fact that African-Americans only represent 13.6% of the population; that the leading cause of death in the U.S. is abortion, twice that of the next leading cause, which is heart disease?

“Then they came for the disabled, and I didn’t speak out because I wasn’t disabled.”

Did you know that in the U.S., 90% of all Down Syndrome children are aborted?

Did you know that over 160 million unborn baby girls have been aborted worldwide simply because they are girls, and that figure includes the U.S.?