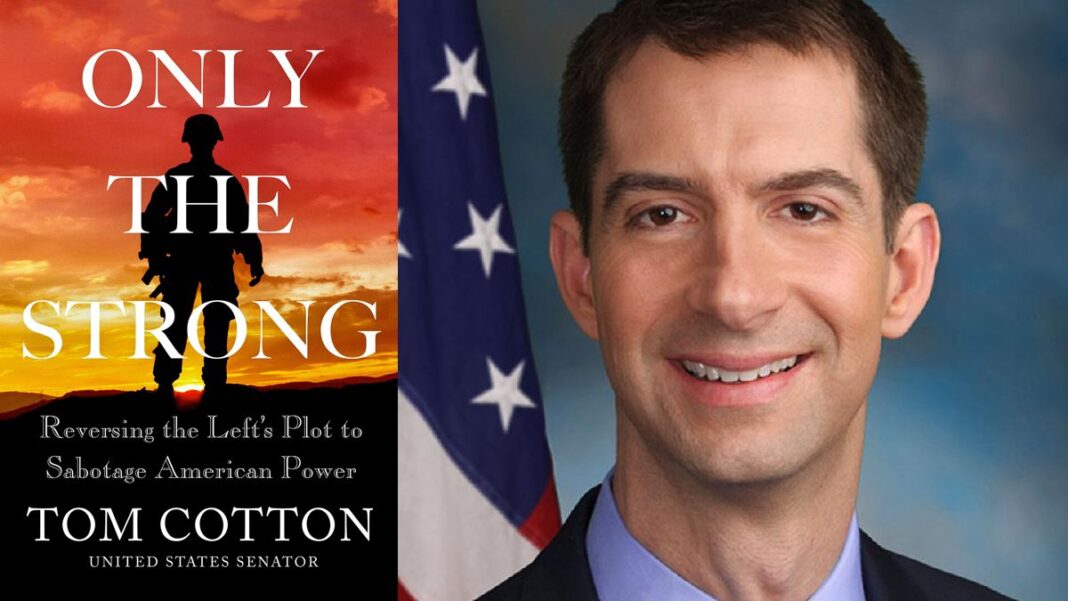 New York Times bestselling author and conservative U.S. Senator Tom Cotton exposes the progressive left’s decades-long plot to sabotage American power, culminating in a behind-the-scenes look at the dangerous failures of Presidents Barack Obama and Joe Biden—and explains what we must do to recover America’s strength.

If it seems to you that Barack Obama and Joe Biden have weakened America and emboldened our enemies, you’re not alone. But Senator Cotton explains that their failures aren’t just incompetence or bad luck—it’s decline by design.

Only the Strong reveals the untold inside story of how progressive ideologues and Democratic politicians abandoned the American tradition of strength, pride, and honor. From the beginning, early progressives like Woodrow Wilson repudiated our Founding in favor of globalist fantasies abroad and big government at home. By Vietnam, leftists had begun to blame America first for the world’s problems—just as Barack Obama did for eight years as he apologized and sought to atone for America’s supposed sins. Along the way, Democrats have sold out America’s sovereignty and hollowed out our military to restrain American power. Even when Democrats have acted tough, it usually ends in disaster, from John Kennedy’s debacle at the Bay of Pigs to Bill Clinton’s fiasco in Mogadishu to Joe Biden’s humiliating retreat from Afghanistan.

While offering a timely warning of the dangers ahead and new stories from Senator Cotton’s service in the Senate and the Army, Only the Strong also provides a formidable and urgent roadmap to restore American strength before it’s too late. Because only the strong can survive in a dangerous world and only the strong can preserve their freedom.

“Maybe the most significant national security book ever written by a sitting elected official.”―Hugh Hewitt

“During it all, Arkansas Senator Tom Cotton has been a prescient voice warning against the dangers of American weakness…his new book, ONLY THE STRONG, answer[s] the questions ‘How did we get to this point?’ and ‘Why doesn’t America win anymore?'”―Commentary Magazine

“A great book, very thorough, very easily read, and it relates to everything going on in this country today, foreign and domestic.” ―Mark Levin

Tom Cotton is a United States Senator for Arkansas and bestselling author of Sacred Duty. He served in Iraq with the 101st Airborne Division and in Afghanistan with a Provincial Reconstruction Team. Between combat tours, he served with the 3rd Infantry Regiment (“The Old Guard”) at Arlington National Cemetery. His military decorations include the Bronze Star, the Combat Infantryman Badge, and the Ranger Tab. He serves on the Senate Intelligence, Armed Services, and Judiciary Committees. Tom is married to Anna and they have two sons, Gabriel and Daniel.