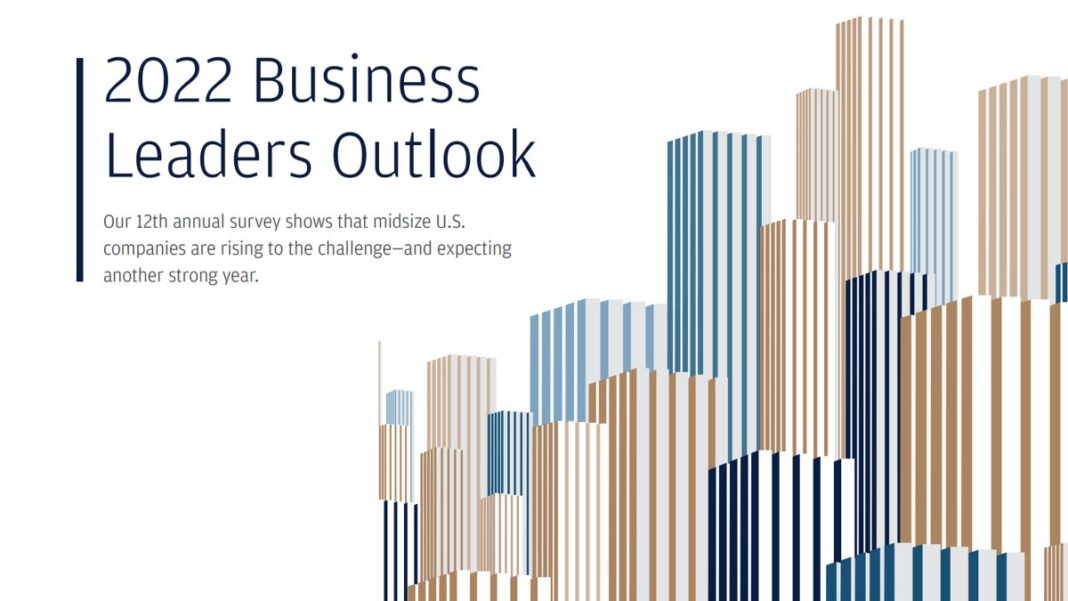 Optimism among business leaders regarding the outlook of the U.S. economy has drastically declined in the past year, according to JPMorgan’s 2022 Business Leaders Outlook Pulse, released Monday.

More than 1,500 midsize business leaders participated in the survey (pdf), which was conducted between May 25 and June 10 across executives of midsize companies in the United States that have annual revenues from $20 million to $500 million.

It found that just one in five business leaders, or 19 percent, said they were optimistic about the national economy for the year ahead, representing the lowest percentage recorded in the 12 years that the survey has been conducted by JPMorgan. That figure is also down significantly from 75 percent one year ago.

Amid the decline in optimism, the survey showed that pessimism around the national economy jumped to 51 percent from 10 percent a year ago amid soaring inflation and interest rates and ongoing supply chain issues and labor shortages.

Among those surveyed, 99 percent reported that their costs of doing business have increased in the past year, with 71 percent stating that their top challenge is rising costs, including inflation.

Labor issues, including recruiting, hiring, and retaining employees and labor shortages, came in at 70 percent, while 86 percent of respondents said that they believe inflation is worse than it was six months ago, along with interest rates at 65 percent.

Inflation is currently sitting at a 40-year high in the United States, which has forced many businesses to pass those higher costs onto customers.

Of those surveyed by JPMorgan, more than three-quarters of businesses (76 percent) said they are raising prices, with 42 percent stating they have passed at least half of their increased costs to consumers via increased prices.