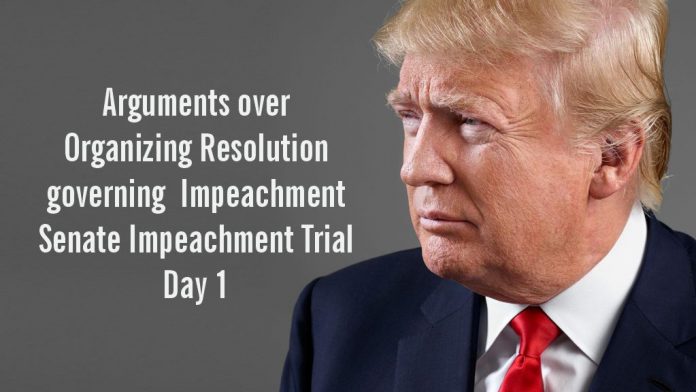 Senate Majority Leader Mitch McConnell on Tuesday unveiled the “organizing resolution” that will govern the Senate impeachment trial of President Donald Trump. McConnell on January 21, 2020 called the resolution a “fair roadmap” that is “evenhanded and tracks closely with past precedents.” How the Senate trial is conducted, including who is called as witnesses and when they are called, has been the subject of partisan debate. Trump was impeached by the House of Representatives in December on two articles — abuse of power and obstruction of Congress. The Senate will now decide whether to convict Trump of those charges and remove him from office or acquit him.