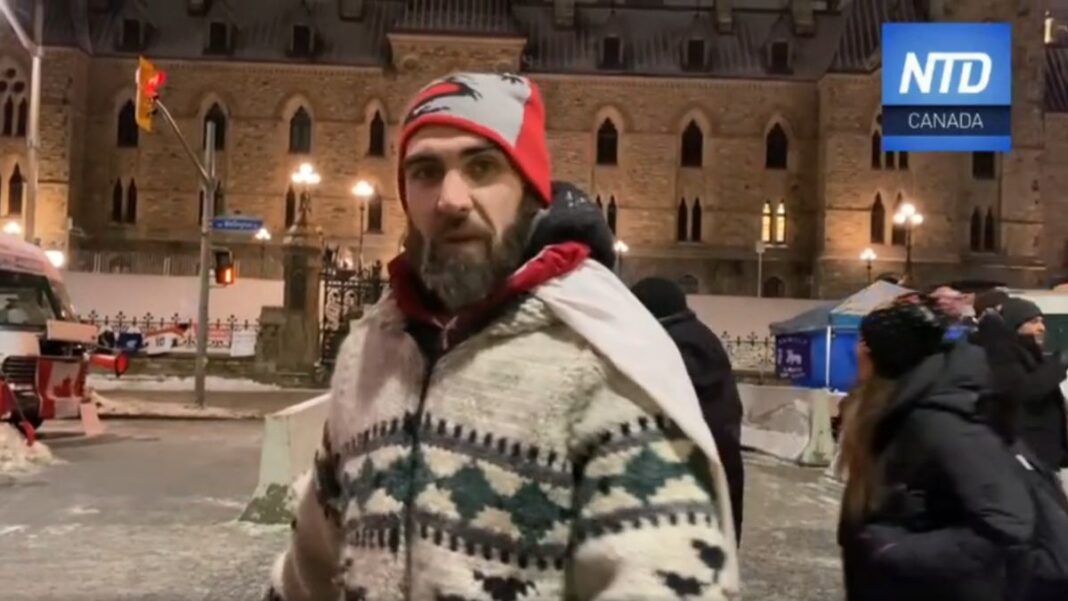 Police in Canada’s capital have begun to seize fuel and say they have made multiple arrests after issuing a statement saying that those trying to bring supplies to support the thousands of protesters opposed to COVID-19 mandates and restrictions gathered in the city would be arrested.

“IMPORTANT: Anyone attempting to bring material supports (gas, etc.) to the demonstrators could be subject to arrest. Enforcement is underway,” Ottawa police said in a statement on social media on Feb. 6 in the early afternoon.

IMPORTANT: Anyone attempting to bring material supports (gas, etc.) to the demonstrators could be subject to arrest. Enforcement is underway. #ottawa #ottnews pic.twitter.com/tp4e5d2xe1

In a statement issued at 9 p.m. local time, police said they have arrested seven people. The arrests were for mischief charges throughout the day.

Protesters who spoke to The Epoch Times said police didn’t arrest them on Feb. 6 for carrying fuel, but gave them a warning that they would be facing arrest for bringing in fuel to the protest site starting on Feb. 7.

Earlier on Feb. 6, Ottawa Mayor Jim Watson declared a state of emergency, which he said, “highlights the need for support from other jurisdictions and levels of government.”

The protest started as a demonstration by truckers against the federal government’s requirement for cross-border truck drivers to be vaccinated, but has since evolved into a large movement joined by people from across Canada to oppose different COVID-19 mandates and restrictions. Vehicle convoys came to Ottawa on Jan. 29, and many have stayed in the city, with trucks and other vehicles parked by Parliament Hill. Many protesters say they will remain until the mandates are lifted.

The Justice Centre for Constitutional Freedoms (JCCF), a legal group representing the Freedom Convoy in Ottawa, said “police would be breaking the law if police attempt to intimidate or arrest people who bring food or other supplies to truckers who are peacefully exercising their Charter rights and freedoms in Ottawa.”

“People who bring food, water, gasoline or other supplies to peacefully protesting truckers are not breaking any law. There is no basis for this police threat,” JCCF lawyer Nicholas Wansbutter said in a statement.