Rachel sometimes speaks of her daughter as if she were no more.

Her voice will never be heard again. Her body has been cut apart. Her old friends refuse to even say her name, Rachel said.

But Rachel’s daughter is still alive.

In high school, she decided she was a man. Later, with the assistance of doctors, she cut off her breasts, removed her female vocal range, and permanently changed her body with hormones.

“She was just so talented. She was athletic. She was extremely smart. She was creative. She was artistic. She was musical,” said Rachel, who prefers anonymity.

Today, Rachel’s daughter, who has rejected her own name, won’t speak with her mother. Rachel hasn’t hugged her daughter in years.

“Two years ago, she came to the house to help my oldest daughter move her stuff out,” she said. “And I was told I was not coming to hear her or hug her or anything.”

Rachel said she cried in the basement.

Across America, similar stories happen in countless families where children decide they should have been born in a different body.

Rachel got the announcement as her daughter began high school. The girl had spent an unusual amount of time playing online video games with friends.

“I noticed she started hanging out more at home and being online a lot,” she said.

Rachel said she wonders if spending so much time in video games, where players can change their appearance at will, influenced the way her daughter thought about her body.

In games, children can change their “skin” or appearance at the push of a button, she said. Rachel’s daughter sometimes played under a male name. In real life, she “cosplayed,” dressing as male TV show characters.

“She would always play the male character,” Rachel said.

Often, children decide they are transgender after talking with people online, according to psychologists.

“Now you have all these social influencers who are gender-confused and trans,” Kardaras said. 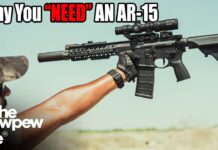 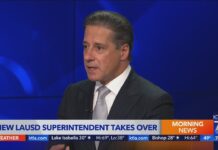