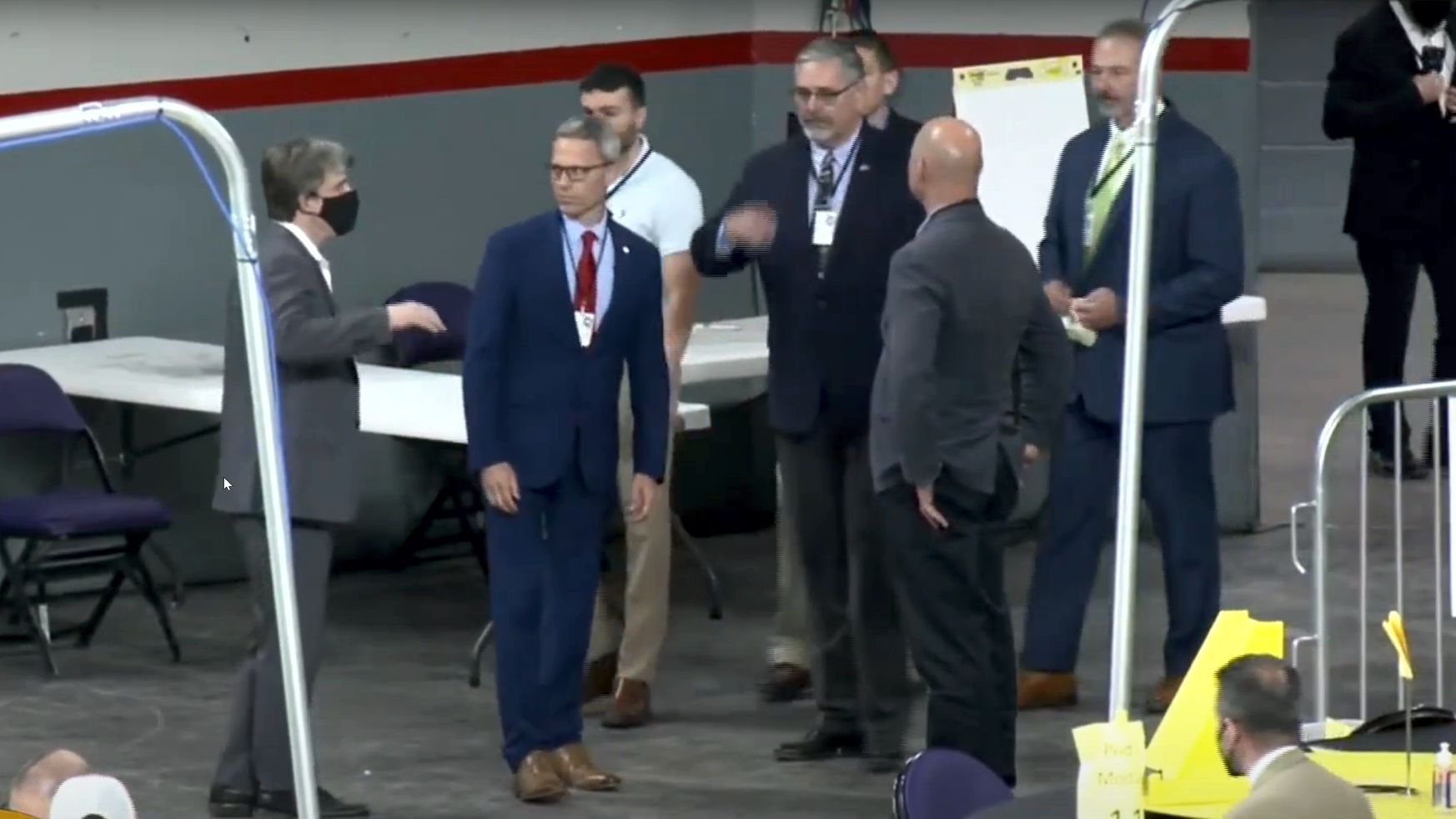 While some Republicans in the Pennsylvania legislature support an audit of the 2020 election, others do not, making the prospect that a review happens unclear.

State Sens. Doug Mastriano and Cris Dush, along with state Rep. Rob  Kauffman, traveled to Maricopa County, Arizona this week to tour the forensic audit taking place there. Afterward, Mastriano and Dush expressed support for an audit and said they’d take what they learned to the Pennsylvania Senate GOP leadership.

State Sen. Dave Argall, a Republican who chairs the Senate’s State Government Committee, told the Pennsylvania Capital-Star that “we are still reviewing the pros and cons” of a possible audit.

An Arizona Senate panel last year subpoenaed ballots and election machines from Maricopa County. After a court battle over the scope of the subpoenas was resolved, an audit started in Phoenix in April.

Republicans control the Pennsylvania Senate. The GOP has seven members on the Senate’s State Government Committee, compared to four for Democrats. Both Mastriano and Dush sit on the panel.

“When a state does an audit, it needs to be modeled after this,” Mastriano told One America News at the Arizona Veterans Memorial Coliseum after touring the facility.

Pennsylvania lawmakers, including House Speaker Bryan Cutler, have previously pushed for an audit, but were unable to get enough support to order one.

Pennsylvania House State Government Chairman Seth Grove, a Republican, does not want an audit to be done.