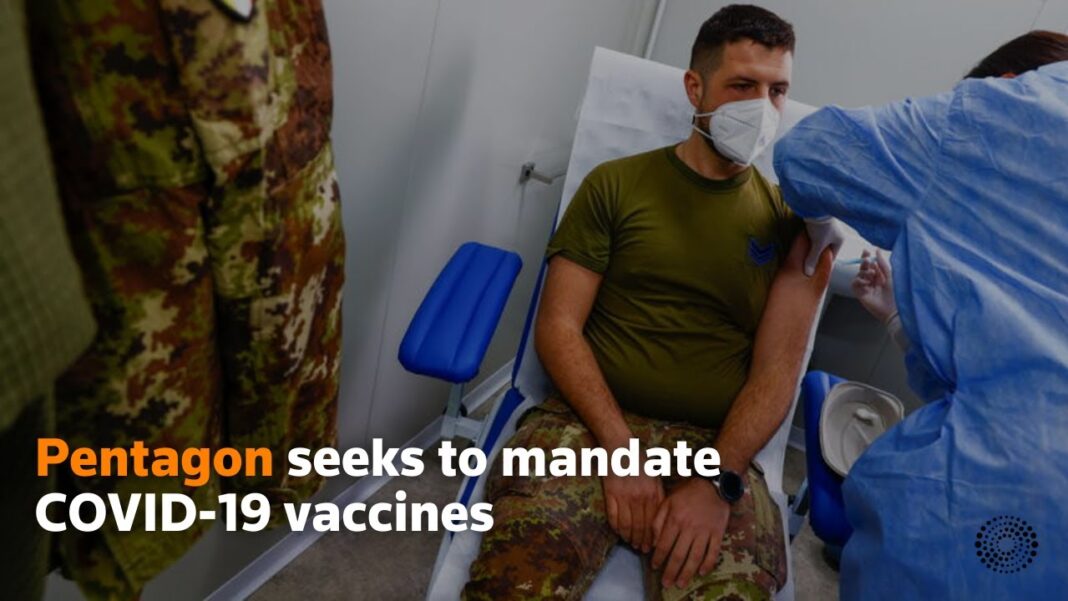 The Department of Defense does not plan to suspend its COVID-19 vaccine mandate, which is compelling a huge portion of the U.S. military to get a jab.

Republicans say the mandate raises serious questions on readiness and morale, with concerns that discharging unvaccinated troops will cripple the armed forces.

In an emailed statement to The Epoch Times, Pentagon spokesman John Kirby said the department is aware of Inhofe’s letter and concerns and “will reply to them appropriately.”

“That said, Secretary Austin remains convinced that our vaccination regimen—which has helped us achieve a fully vaccinated rate of nearly 85 percent in the active component and more than 66 percent across the active, guard, and reserve components—is, in fact, one of the surest ways to bolster our readiness for the challenges we face around the world,” Kirby added.

“He remains comfortable with the service-appropriate ways in which each military department is pursuing their mandatory vaccination program. A vaccinated force is a protected force, better able to deploy and to defend our interests around the world.”

According to the most recent statistics released by the Pentagon, hundreds of thousands of service members remain unvaccinated just weeks before the mandate deadlines start arriving.

Some have filed for religious or medical exemptions but few of those applications have been acted upon, lawyers say. Branch spokespersons either declined to say whether any exemptions have yet been approved or rejected, declined to comment, or did not respond.

The first deadline is Nov. 2 for active-duty Navy personnel, though Coast Guard members are being told to get vaccinated as “immediately, as soon as operations allow,” a spokesperson said.

The Pentagon faces multiple lawsuits over the mandates, including a class-action suit filed in federal court in Florida last week.