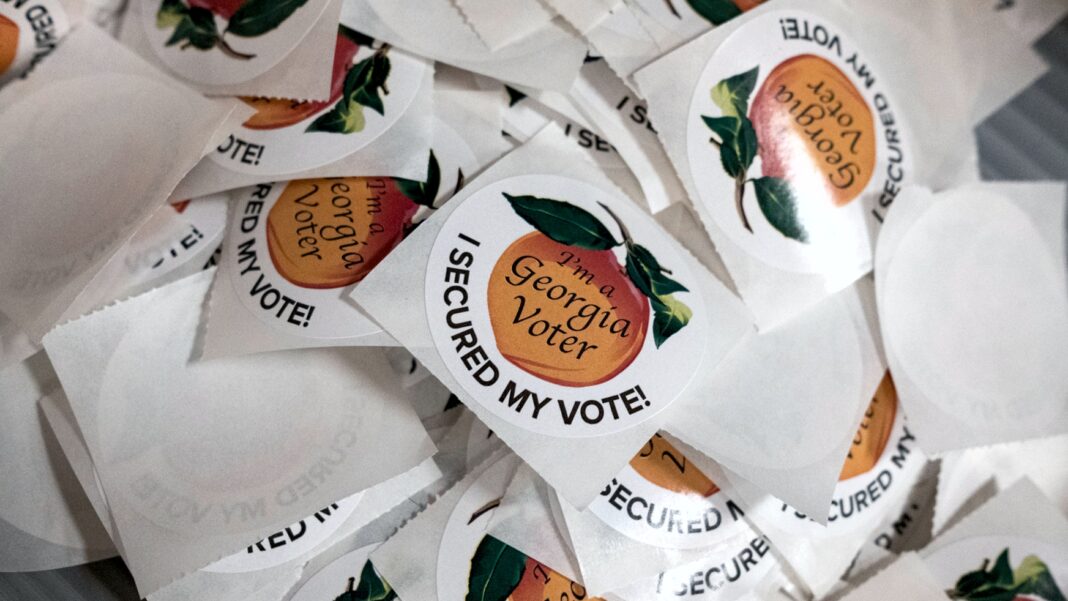 Even though early voting turnout in Georgia primary elections is trending higher than usual, many Republicans likely will sit out now and in November due to election integrity frustration, experts say.

And that could flip the state from red to blue, giving Democrats control, some told The Epoch Times.

What’s more, their reluctance to vote due to persistent worries about election integrity could affect the balance of power throughout the nation, analysts have predicted.

“About 70 percent of Republicans believe Donald Trump when he says the election was rigged and stolen,” said Georgia elections expert Charles Bullock. He teaches political science at the University of Georgia.

That thinking probably cost Republicans control of the Senate, he said.

“So to the extent that voters buy into that, Republicans may have the same experience they had in the [Georgia] Senate runoffs in January of 2021, where there was a much bigger drop-off in Republican participation.”

Control of the Senate came down to the two races in Georgia that went to runoffs after no candidate reached a majority in the Nov. 4, 2020, results.

Republicans held both seats and both were flipped by Democrat challengers.

In the runoff, incumbent Sen. David Perdue (R) was defeated by Jon Ossof, who received 54,944 more votes. Perdue, now running for governor, had beaten Ossof in the November 2020 election by 88,000 votes. But it wasn’t enough to avoid a runoff.

Republican Kelly Loeffler also lost the seat she’d been appointed to fill after Sen. Johnny Isakson (R) retired due to failing health. She was beaten by pastor Raphael Warnock, now running for re-election.

What made the difference—and changed the balance of power in the U.S. Senate—was Georgia Republicans’ decision to stay home, Bullock said.

The Senate has 50 Republicans and 50 Democrats, but Vice President Kamala Harris (D) is able to cast a tie-breaking vote.

“The [geographic] areas where you saw the biggest drop off [in voter turn-out] between November 2020 and January 2021 runoffs was in heavily Republican areas,” Bullock said.

And that feeling persists, he said.

“There are a lot of Republicans—who despite the elections laws [that were passed in Georgia] which were supposedly going to make elections more secure—have serious doubts about whether or not the 2022 elections will be fair,” Bullock said.

He believes the worry is unfounded, citing three recounts of ballots in Georgia, including one by hand.

But “these are people who wear red hats with the letters MAGA on them, and that’s what Donald Trump tells them.”