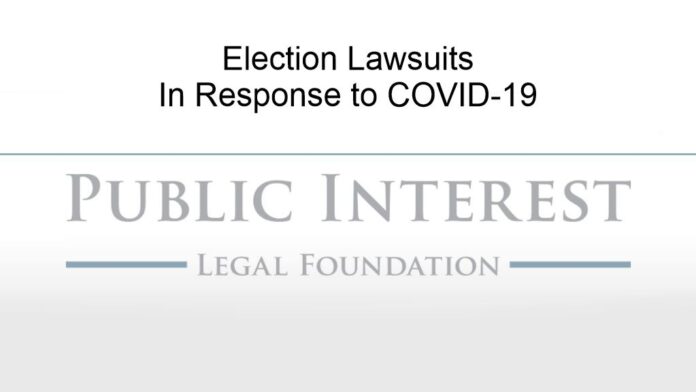 ERIC is not Allowing for Transparency in Louisiana’s Elections

The Public Interest Legal Foundation (PILF) filed a federal lawsuit against Kyle Ardoin, the Louisiana Secretary of State, for failure to permit inspection of voter list maintenance records, including data the State receives from the Electronic Registration Information Center (ERIC).

Thirty states and the District of Columbia outsource the maintenance of their voter rolls to a non-profit organization called ERIC, which regularly provides these states with reports showing which registered voters are no longer eligible due to death and relocation. The National Voter Registration Act (NVRA) says that all records used to add and remove voters are public records. Yet, the ERIC membership agreement prohibits disclosing these reports.

The need for transparency is ever more important because ERIC has a history of inaccuracy when it comes to identifying ineligible registrants. Just last month, Louisiana announced it was suspending its participation in ERIC, citing “concerns raised by citizens, government watchdog organizations and media reports about potential questionable funding sources and that possibly partisan actors may have access to ERIC network data for political purposes, potentially undermining voter confidence.”

“ERIC is hiding documents the public has a legal right to see,” said PILF President J. Christian Adams. “Transparency is essential to having free and fair elections that Louisianans can trust. ERIC is blocking transparency and violating federal law by hiding these list maintenance documents. The public’s right to these records will be vindicated in Court.”

Public Interest Legal Foundation (PILF) is a 501(c)(3) and the nation’s only public interest law firm dedicated wholly to election integrity. The Foundation exists to assist states and others to aid the cause of election integrity and fight against lawlessness in American elections. Drawing on numerous experts in the field, PILF seeks to protect the right to vote and preserve the Constitutional framework of American elections. PILF has brought lawsuits and won victories in Texas, Mississippi, North Carolina, Virginia, Maryland, Pennsylvania, Michigan, and across the United States.