293-page rule labels guns with such braces as illegal ‘SBRs’

The U.S. Department of Justice (DOJ) has announced that it has submitted its final rule to “Address Stabilizing Braces, Accessories Used to Convert Pistols into Short-Barreled Rifles” for publication in the Federal Register. The Jan. 13 announcement doesn’t say when the 293-page rule will be published.

“The rule allows for a 120-day period for manufacturers, dealers, and individuals to register tax-free any existing NFA short-barreled rifles covered by the rule,” the announcement reads, referring to the National Firearms Act.

Virginia-based Gun Owners of America (GOA) released a statement condemning the action and decrying what it called the Biden administration’s “latest assault on the Second Amendment rights of gun owners.”

“This administration continues to find new ways to attack gun owners, and this time their target is brace-equipped firearms that allow persons with disabilities to safely and effectively use pistols. We will continue to work with our industry partners to amplify the disapproving voices in the firearms industry, and the Gun Owners Foundation, our sister legal arm, will be filing suit in the near future,” wrote Erich Pratt, GOA’s Senior Vice President wrote shortly after the announcement.

The new rule states that in the past, owners of the pistol braces violated federal firearms laws unwittingly. This rule gives them 120 days from publication in the Federal Register to register, destroy, or turn in their newly outlawed firearms. The rule waives any taxes or fees for registering firearms during the 120 days.

The number of Americans impacted by the new rule is difficult to determine. The Bureau of Alcohol, Tobacco, Firearms, and Explosives (ATF) estimates that 3 million pistol braces have been sold. The GOA and other Second Amendment advocates put the number closer to 40 million.

At issue is a device introduced in 2012 to assist shooters with disabilities and others who may need help shooting pistols built on the AR 15 platform. The stabilizing brace attaches to the rear of the pistol and the shooter’s forearm. This allows the shooter a steadier aim while holding the pistol with one hand. 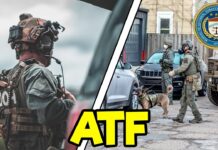 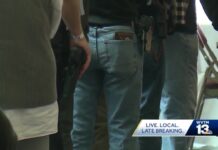