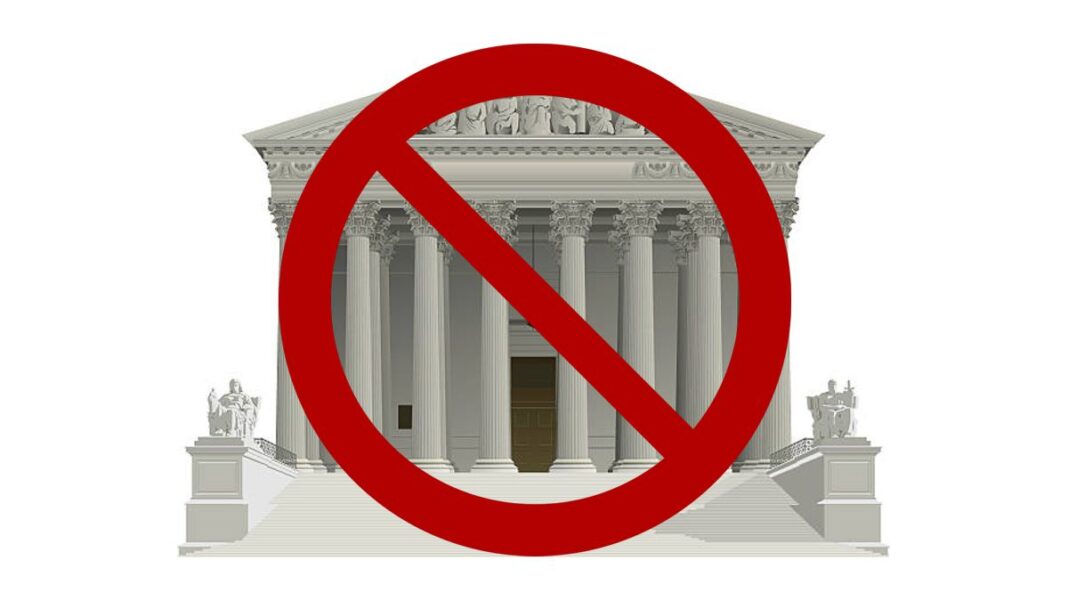 Democrats also say the court is ‘fundamentally’ racist and sexist

Most Democrats would abolish the Supreme Court, an institution they described as “fundamentally racist” and “fundamentally sexist” in a new national poll.

Democrats’ anger at the court has grown dramatically in recent weeks after a leaked court opinion indicated the court majority was planning on overturning Roe v. Wade, the 1973 abortion precedent.

Democrats have been incensed by its perceived rightward shift since former President Donald Trump’s appointment of three justices gave conservatives a 6-3 advantage over the court’s liberal bloc.

Recent decisions on abortion, public carry of firearms, and reining in carbon dioxide emission regulations, set the stage for raucous protests nationwide, including at justices’ homes. Justices and their families have been threatened and harassed and one man was charged after he plotted to assassinate a justice. Some Democrats have been supportive of a left-wing group that, as The Epoch Times reported, is offering bounties to the public to report the whereabouts of conservative justices so flash mobs can harass them.

Calls to pack the court, expanding its membership to 13 from 9 where it has been since 1869, and to abolish the Senate filibuster to facilitate the packing, have grown among Democrats. Some Democrats say conservative justices should be prosecuted for perjury or impeached after allegedly implying during their confirmation hearings that they would not overturn Roe v. Wade, something the court did in fact do on June 24.

“There is absolutely a movement afoot, principally among leftists and America’s youth, who desire to ‘reimagine’ the Supreme Court so that it will become nothing more than a rubber stamp for their radical agenda,” Chris Talgo, a senior editor at the conservative Arlington Heights, Illinois-based Heartland Institute, said in a statement.

The poll, carried out by the Heartland Institute and polling firm Rasmussen Reports on July 6 and 7, surveyed 1,025 likely voters. The partisan affiliation of respondents was Republicans (33 percent), Democrats (35 percent), and independents (32 percent).