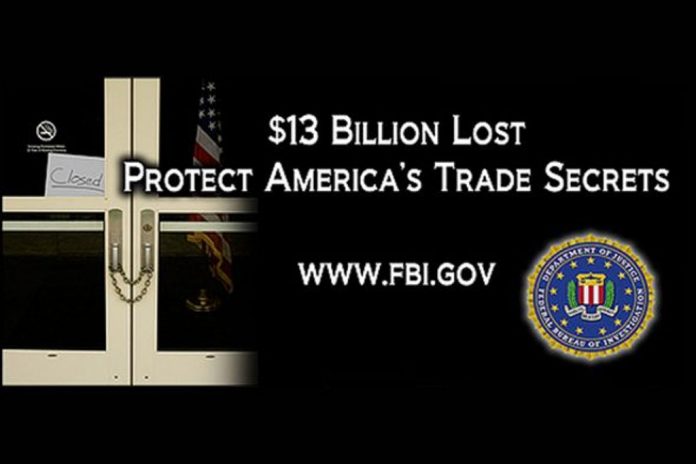 The Cold War has ended and many thought that this would end the need for spying and espionage.  Of course, this was not the case, an even bigger threat has risen, and it has no nation or face. This new threat is called Economic Espionage and it is causing governments and businesses billions of dollars in lost information. In 1993, R. James Woolsey compared the Russians to a large dragon and terrorist to poisonous snakes, “We have slain a large dragon.” He then added: “But we live now in a jungle filled with a bewildering variety of poisonous snakes. And in many ways, the dragon was easier to keep track of.” (Arkin, 1994, p. 64) I go a step further and say that we now have spiders in the web of information. Like real spiders, and unlike snakes, they  can be anywhere, your office, home, work, and they often go unnoticed. These spiders are hackers, the spies of your competitors, as well as foreign spies involved in industrial espionage.

According to the Encyclopedia of American Espionage, the definitions of espionage and industrial espionage are as follows:

“Espionage can be defined as the clandestine and unlawful stealing of political, business, or military secrets. Espionage takes place in both times of peace and in wartime. It is done by civilians or by military personnel. (Hastedt, 2011, p. 388)

Industrial espionage is usually the focus of clandestine operations during peacetime” (Hastedt, 2011, p. 388)

Industrial Espionage is like a lone wolf. It is espionage from a business perspective. The main goal is to be on top of the market and squash the competition.  The other espionage is Economic Espionage and it is sponsored by a government to better or enhance the country’s needs. The FBI describes it as “(1) whoever knowingly performs targeting or acquisition of trade secrets to (2) knowingly benefit any foreign government, foreign instrumentality, or foreign agent. (Title18 U.S.C., Section 1831).” It’s espionage on a greater scale from country to country. This type of espionage operates in the target selection in three ways;

It’s similar to the three espionage tactics used by businesses for Industrial Espionage;

One of the earliest known acts of Industrial Espionage was perpetrated by Alfred Do Pont in 1889 when the U.S. Army Chief of Ordnance wanted Du Pont to steal the secrets of the French smokeless gunpowder. At first Alfred tried to bribe French officers overseeing the project, but he failed. So he did the next best thing and went undercover. He posed as a factory worker to gain access to the facility and succeeded.

There are three reasons why someone would commit Industrial Espionage;

Du Pont was stealing data from within the company. The threat was an “insider attack”, one of the three threat attack types which include external attacks, insider attacks, and malicious code. According to the PSI Handbook an external attack “comes from people who use weaknesses in a computer system or software to gain access to a system.” (Coombs, 2008, p. 2) An example would be the group Anonymous who has been terrorize business and government agencies worldwide and become more aggressive when the US government arrested Megaupload creator Kim Dotcom. Insider threat attacks are performed by “current or former employees, including contract workers.” (Coombs, 2008)  Which is seen by the example of Du Pont and the number one threat I see here in the Dominican Republic outsourcing call centers? The third malicious codes are “viruses, worms, and Trojan horses.” (Coombs, 2008)

How do we combat these threats? By having a good operational security (OPSEC) plan.  OPSEC is “a formal process for looking the protection of critical information from the viewpoint of an adversary and then denying that adversary the information it needs” (Purpura, 2008, p. 515)

US companies experienced attacks while outsourcing to the Dominican Republic. Agents were approached by unknown individuals willing to pay top $$$ for customers phone numbers and account details from Sprint in the Dominican Republic. These individuals then clone the phone numbers and sell them or make calls to and from the Dominican Republic with the stolen numbers. Even worse was when credit card information was stolen from within the company and the thieves use the card numbers to purchase over the internet. This happened frequently because customer service agent left on break and didn’t lock their computers. Eventually the FBI swarmed in with helicopters and SWAT. The Company closed for almost two months while every computer was investigated line by line.

Having a strong password can stop  insider threats from using your computer at the office.  The password must be strong. It should be mixed with upper and lower case letters along with numbers and a special character. For example [ 4ex@mPle].  Another great tool for combating insider threats is having employee’s company emails monitored. An example is what almost happened with Kodak and my current employer Xerox back in 1999.

In 1999 Kodak company secrets almost landed in the hands of the competition, in this case, the Xerox Company. It wasn’t a counter-espionage agent or a great security measure that stopped the threat. What prevented the plans success was a simple discovery made by mistake. This threat came from a temp who should not have had access to any sensitive information in the first place. The first mistake she made was trying to send email through an email gateway that was provide by the company. She used and email address something like jane.doe@kodak.com. These emails are always monitored and can be read at any time. This security measure would not have stopped the plan because by the time the company read the email it would have been too late. What did foil the plan was the file she attached to the email was over the allowed limit  and caused the email to bounce, which sparked an investigation. This was probably handled by the web administrator in charge of maintaining the network, not someone involved in intelligence countermeasures.

On their website, the FBI lists some of the reasons insider attacks occur;

They also list areas of breach which companies could have prevented with better security measures;

The other threat a company faces is from the outside and these threats come mainly from hackers such as the Anonymous group. There are many schools of thought on the typology of hackers, but the main two used in this article are from John Maxfield and Larry Coutourie.

The first typology comes from Maxfield (1985):

A second typology describes the relationship of a hacker to their computer: (Coutourie, 1989)

The snakes mentioned early are still in play when it comes to this type of espionage. Just recently a video from Al-Qaeda came out issuing a virtual jihad. “Al Qaeda may be turning its destructive attention to cyber-warfare against the United States. In a chilling video, an al Qaeda operative calls for “electronic jihad” against the United States, and compares vulnerabilities in vital American computer networks to the flaws in aviation security before the 9/11 attack.” (Cloherty, 2012)

So you see, having a good OPSEC can reduce the threat. It may not stop all threats because the computer spies are always advancing faster then we can protect our information. I discussed  just two types of threats and briefly touch on hackers and terrorist. I focused more on the insider threat because of my own experiences working in call centers in foreign countries and those are threats we face most often and the ones we need to guard against daily.