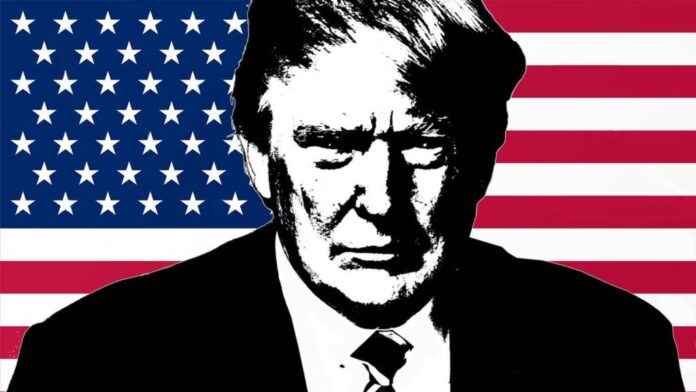 Like all those Christmas decorations that start popping up in department stores before Halloween, America has had to endure the tedious but fully predictable avalanche of leftist Democrat “October surprises,” even before we’ve reached mid-September. The worn-out Democrat playbook is apparently still all they have. The actual events are inconsequential, but the contrived and coordinated leftist Democrat caterwauling and phony indignation are dutifully hysterical, as are the mindless echoes of “shock and dismay” from their Fake News minions.

Within a few days after the latest “bombshell,” all of the calamitous predictions of President Trump’s imminent implosion as a candidate begin to falter, followed by the trickle of truth from alternative media dispelling the accusations. And very soon afterwards, the entire episode becomes a non-story, which means it is time to move on to the next contrived controversy. All of this the leftist media accomplishes without a shred of embarrassment, as though their abhorrent track record of lies and baseless accusations just won’t stick to them.

On September 3, the leftist Fake News crowd engaged in a choreographed “meltdown” over the Jeffrey Goldberg yarn in the “Atlantic,” claiming that President Trump has supposedly denigrated American soldiers who died in battle as “losers and suckers.” From the moment the story first broke, it was obvious that the rest of the leftist Fake News apparatus had been forewarned, and was executing a clearly orchestrated response to it. The fraudulent nature of lockstep condemnations of the President were only exceeded by the abject hypocrisy of those historically liberal and anti-military “pundits” expressing their phony outrage like a chorus of well-heeled parakeets.

Not surprisingly, in very short order the flimsy premises of the story began to fall apart. Too many high placed individuals, including some who are hardly sympathetic to the President, refuted the claims. Furthermore, President Trump’s entire track record both before and during his time in the White House has been unabashedly pro-military. And unlike his anti-American predecessor, he has never been hesitant to express his admiration and support for those who wear the uniforms of the United States armed forces.

But this is no problem for the leftist attack machine. Just move onto the next manufactured outrage. A week later, the “Chorus Line of the Indignant” was squalling about comments “reported” by Watergate retread Bob Woodward, this time castigating the President for failing to take the Wuhan virus seriously enough. And of course, the massive death toll, soon to exceed two-hundred thousand if official tabulations are allowed to include anyone who ever coughed during the course of a traffic fatality, must be triumphantly laid at the feet of the President. Just ask CNN.

Yet here again, both the blatantly exaggerated “fatality” rate, and the notion that the President was somehow irresponsible in the early days of the Wuhan virus crisis, do not stand up to honest and objective scrutiny. All one has to do is recall President Trump’s ban on travelers from China, back when Nancy Pelosi vigorously mocked the President as a “xenophobe.” Unlike the Democrats, who change course on a continual basis for purely political purposes, he did his best to prevent a needless and dangerous panic, though he proved he had every intention of taking action that was necessary and appropriate. And when it comes to needless suffering and death, any real discussion must focus on the abhorrent and murderous policy of leftist Democrat darling Andrew Cuomo, Governor of New York. Time to change the subject again, and quickly!

Meanwhile, the realities of the Biden/Harris “campaign” are positively surreal. The leftist political machine that is actually running the “campaign” must regard its minions as pathologically stupid, if they are able to be convinced that Biden is even barely cogent. On the other hand, these are the people who supported Hillary in 2016, so it really isn’t that much of a stretch. But the mere thought that Biden could successfully navigate even his oath of office, let alone function as the most powerful person on the planet, exceeds any boundaries of sanity.

On a very sobering note, at some point, it might be worth considering the unsettling prospect of a “President Biden” having his shaky hands within reach of the “Nuclear Button,” even for the brief period between assuming office and turning it over to the even further leftist Banshee Kamala Harris. It is conceivable that America could face a worse fate than accidental nuclear war.

So where does this leave Americans who care deeply about the future of their country amid all of the leftist Democrat dirty tricks intended to wrest it from them? The best counter-strategy at the moment is to be fully prepared for the lunacy of the next seven weeks. If the American people can be diligently forewarned of the impending hysteria of leftists as they “reveal” one fraudulent presidential scandal after another, their impact can be negated.

More importantly, the obvious duplicity of those making the accusations needs to be the real focus of any discussion on the supposed “controversies.” Leftist Democrat efforts to contemptuously continue unloading lies on the American people, can succeed if not properly and vocally confronted. Though each one can be quickly refuted, they can still collectively leave the subliminal impression that with so much “smoke,” a fire must be present somewhere. Yet if the people are thoroughly and diligently informed of the scheme at hand, its effects can not only be neutralized, but they can even backfire on the perpetrators. Armed with unabashed truth, Americans can triumph over the lies.