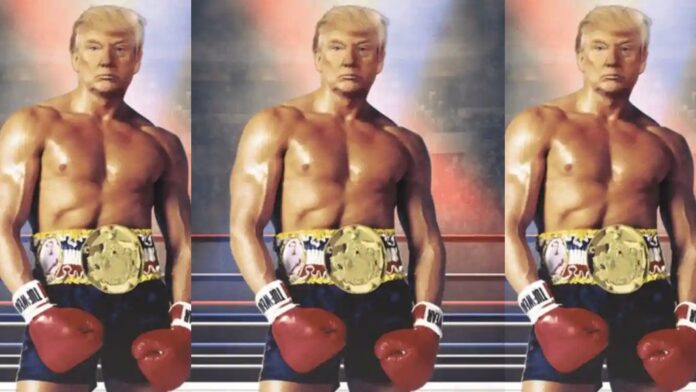 At some point, Americans who love the truth and love their country are going to have to realize that the underlying motives of leftist moral/political grandstanding always take precedence over any issue they sanctimoniously “advocate.” Leftist claims of concern for women and their possible abuses reach a crescendo of shrillness and hysteria, even on the flimsiest of grounds, when the accused “abuser” is a conservative whose career they seek to destroy. But let massive evidence of actual sex trafficking, molestation, and rape of women and children occur at the hands of that long list of dirty leftist Democrat officials, and those previously shrill voices on behalf of “women” go instantly silent.

On a host of topics, from “global warming” to compliance with the law, to who can pray to what in the classroom, leftists instantly do a complete “about-face” and contradict themselves, the moment they see a political advantage in doing so. The list could go on forever. The starkness of their hypocrisy is only exceeded by the ease with which they shamelessly shift from one “moral” precept to another totally contradictory one, in order to maintain their stance of presumed “virtue” and superiority.

The latest example of such vapid brazenness comes in the wake of the totally corrupt and fraudulent 2020 Presidential “Election,” in which President Trump clearly dominated until the wee hours of the morning after. Suddenly, leftists realized they needed to shutter the doors and windows, while massively shifting the vote counts with boxes of fake ballots, manipulated software in “counting” machines, and every other form of fraud and treachery imaginable. Then a miracle happened. Insurmountable Trump majorities in all key swing states simultaneously mutated into razor thin margins, for the Democrats of course.

America didn’t buy any of it. Americans all saw the glaring patterns of cheating and manipulation. And every honest citizen recognizes the crucial importance of unmasking and reversing the fraud, if elections are ever again to mean anything, which will determine if America itself is ever again going to mean anything. Thus far, patriotic Americans have received transparent and worthless deflections from the left, along with nauseating platitudes of acquiescence from too many claiming to be on the “right.”

Like clockwork, leftist subversives who did everything they could over the past four years to attack President Trump and America itself (as another avenue to undermining him), now drip with a poisoned pretense of “virtue,” as they demand that we drop in line behind them, and unify, “for the good of the country” of course. And to nobody’s great surprise, here comes that revolting cadre of cowardly RINO sycophants, agreeing with the left and groveling before them with the exuberance of lackeys who have no moral compass, and no dignity.

On this basis, we are supposed to universally recognize and revere Joe Biden as “president elect.” Leftist Democrats have been obsessing over this inane title since about 4 am on Wednesday November 4, when they tallied the first numbers suggesting that their election heist had succeeded. They fanatically demand that we comply, to the point of nearly deeming it treasonous to reference Biden in any other manner. But the vehemence and overbearing nature of all this only connotes Democrat “strength” if We the People accept it as such. Otherwise, it highlights a decisive degree of vulnerability on their part.

President Trump clearly knows this, which is why he steadfastly refuses to make any concession whatsoever to accommodate the left, despite enormous pressure from across the political landscape. He knows that cowardice and moral bankruptcy ultimately come from the same political mindset, no matter in which party its practitioners claim to reside. Had he conceded to these people, they would all have had the absolute best excuse to ignore the rampant Election Day fraud and criminality. Had President Trump caved and followed what those lesser political players deemed the more “honorable” course, he would have given them all “cover” for the treasonous actions in which they engaged.

This is how the vile strategy of Saul Alinsky and the American left operates. It builds its case on totally bogus premises, presented as the pinnacle of “virtue” and “worthiness.” This facade of presumed merit is bolstered by both the absolute moral bankruptcy of its leftist advocacy, as well as the thorough moral cowardice of those on the right who should be standing against it, but who put their own interests ahead of anything else, including their Country.

Were President Trump to opt for the “easy” way out (politically speaking) by capitulation to all of this, he would first have to sink to that same corrupt level, among the bottom feeding “statesmen” of the GOP who now castigate him. He would have to not only abandon his massive voting base, he would have to abandon the law and the Constitution. In so doing, he would be giving “license” to such dangerous, despotic practices, helping to establish them as the “new order” for America’s governance going forward.

President Trump has no intention of going there. By the tens of millions, the American people on “Main Street” agree. And this is what separates Real America from those despicable people who deem themselves to be the “Ruling Class.” As we carry forth the torch of liberty and justice, we cannot, we must not, allow such people to set boundaries for us. 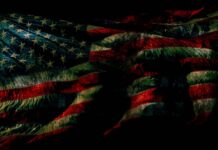 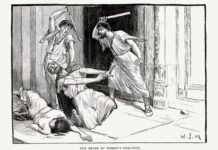 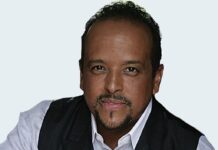