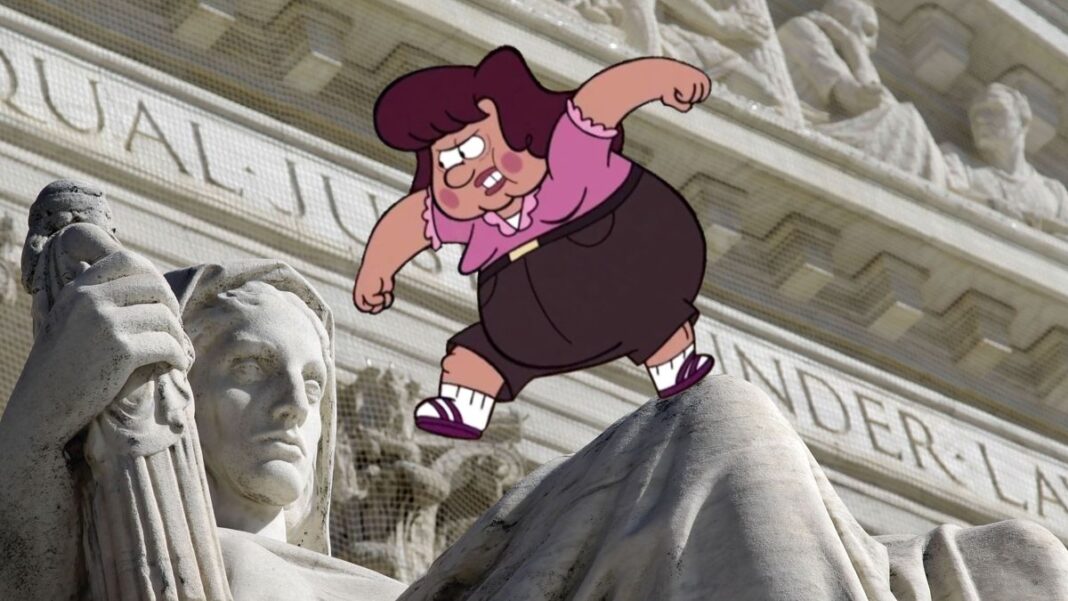 After the Supreme Court overturned Roe v. Wade on June 24, pro-abortion activist groups are continuing a shouting campaign outside the residences of the court’s conservative justices.

In a historically unprecedented leak, someone released the court’s decision several weeks before the ruling was announced. In response, activists published the home locations of the six conservative members of the high court.

Since then, these justices have seen protesters gather where they live. Some neighbors said they hoped activists would end the campaigning after the court’s final decision.

On the evening of June 24, about 30 protesters gathered outside Justice Clarence Thomas’s home.

On June 27, activist group Downright Impolite announced on Twitter that it’s planning protests outside the home of Justice Samuel Alito. Shut Down DC reposted the announcement.

Ruth Sent Us reposted the home addresses of the justices, signaling another round of demonstrations there.

Some activists have previously said that the protests outside the houses of justices aren’t about encouraging change.

“At the very least, I hope he’s annoyed. I hope he’s very inconvenienced,” said Connor, an attendee of a May 15 protest outside the homes of Justices Brett Kavanaugh and John Roberts.

So far, the protests outside the homes have ranged from 15 to 150 people. However, on average, between 15 and 30 demonstrators take part in the protests.

For about an hour at a time, they walk down the street, screaming obscenities, shouting the justice’s name, chanting protest slogans, and waving signs.

Pro-abortion activist groups SCOTUS6, Shut Down DC, Whatever It Takes, Ruth Sent Us, and Downright Impolite organize these events five days a week. While angry and loud, the protesters have been peaceful.

According to local police, as long as the demonstrators march in circles outside the home of a judge, they aren’t technically “picketing” it.

The action is still a “march,” even if it hovers around a judge’s home and involves shouting a name.