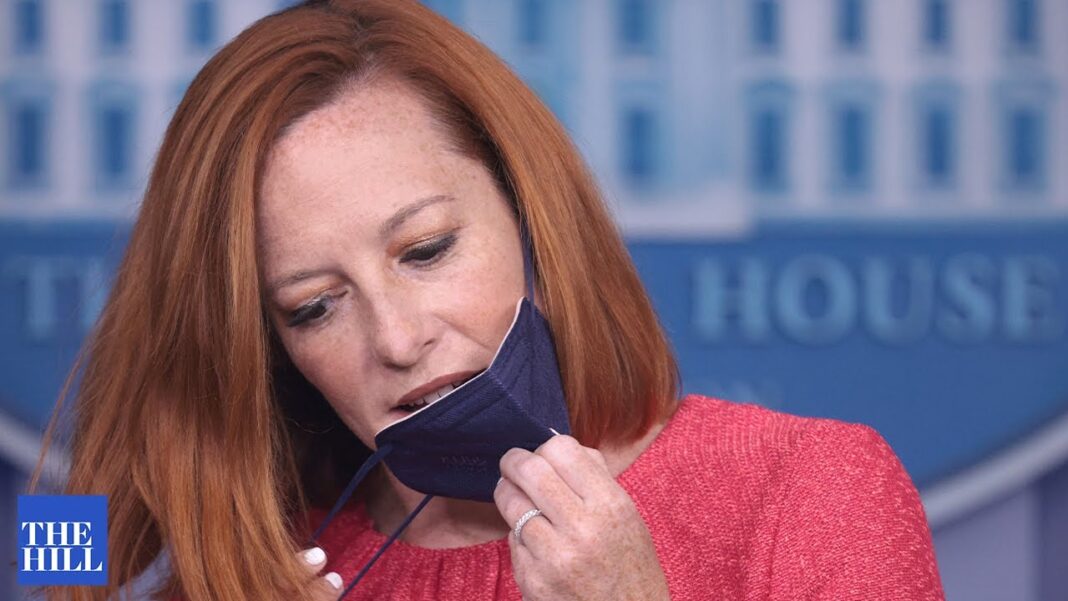 White House press secretary Jen Psaki responded to a question about President Joe Biden’s tanking approval ratings on Friday by appearing to blame the portion of Americans who have not yet gotten a COVID-19 vaccine.

In answering the question, Psaki appeared to suggest that because of their vaccine status those Americans were harming the president’s agenda.

“The President has very tough approval ratings these days,” a reporter said. “What do you make of these really terrible polls? Are they that he’s doing something wrong? Is it just the communication? Or is it he’s doing unpopular things that have to be done? Or something else?”Advertisement

“Well, look, I would say that this is a really tough time in our country. We’re still battling COVID, and a lot of people thought we’d be through it, including us,” Psaki began. “And we — because of the rise of the Delta variant, because of the fact that even though it was a vaccine that was approved under a Republican administration, even though we now have full FDA approval, and even though it’s widely available across the country, we still have a quarter of the country who have — less than that — 20 percent of the country who’ve decided not to get vaccinated.

AFP's Sebastian Smith: Biden's "very tough approval rating these days…You might say that they don't mean anything, but it's also fair to say that…when there are good polls, you publicize them. So, what do you make of these really terrible polls?" pic.twitter.com/DCRRm4IUAF

“No question that’s having an impact,” said Psaki without elaborating.

“And, of course, as the president has said, the buck stops with him,” she claimed. “That’s far and away the biggest issue on the minds of the American people, and it’s impacting a lot of issues.