West Long Branch, NJ – Most Americans support both easier access to early voting and requiring photo identification to vote, according to the Monmouth (“Mon-muth”) University Poll. The public is more divided on expanding vote-by-mail, although a majority would like to see some national voting guidelines established for federal elections. The poll also finds that only one-third of the public believes “audits” of the 2020 election results are legitimate efforts to uncover irregularities. Moreover, one-third of Americans continue to believe Joe Biden won the presidency only due to voter fraud – a steady trend since November that underlines the crystallization of our nation’s deep partisan divide.

“The poll contains some seemingly conflicting information on voter access. The bottom line seems to be that most Democrats and Republicans want to take the potential for election results to be questioned off the table. The problem, though, is they aren’t likely to agree on how to get there,” said Patrick Murray, director of the independent Monmouth University Polling Institute.

“Disenfranchising eligible voters is nominally a bigger concern than voter fraud, but the sizable number of Americans who cling to the view that fraud determined the 2020 election poses an intractable challenge for reaching any public consensus on voting access,” said Murray.

One-third (32%) of Americans continue to believe that Joe Biden’s victory in 2020 was due to voter fraud – a number that has not budged since the November election. At first glance in the crosstabs, it looks like the number of “Republicans” who believe this has been trending down while the number of independents who agree has ticked up. However, this appears to be a product of a shift in how Republicans identify themselves, with some moving their self-affiliation from being partisan to being an “independent” who leans partisan. When all Republican identifiers and leaners are combined, the number who believe Biden won only because of voter fraud has been fairly stable (63% now, 64% in March, 69% in January, and 66% in November). Furthermore, 14% of the American public say they will never accept Biden as president, including 3 in 10 (29%) Republicans and Republican leaners.

“The continuing efforts to question the validity of last year’s election is deepening the partisan divide in ways that could have long-term consequences for our Democracy, even if most Americans don’t quite see it that way yet,” said Murray.

Most Americans (57%) see audits of the 2020 election results that are ongoing or planned as primarily partisan efforts to undermine valid election results. One in three (33%), though, say these are legitimate efforts to identify possible voting irregularities. When asked about the impact of these audits, 40% say they will weaken American democracy versus 20% who say they will strengthen our democracy, while 35% say they will have no impact. A majority of Republicans and GOP leaners say these audits are legitimate (61%) and one-third say the audits will strengthen American democracy (34%). Among all other Americans, just 14% say the audits are legitimate with 55% saying they will actually weaken our democracy. Overall, 38% of the American public expects the impact of these audit efforts to be long-lasting, including nearly two-thirds of those who believe they will either weaken (63%) or strengthen (64%) our democracy. 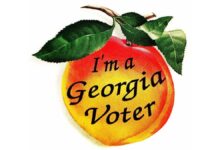