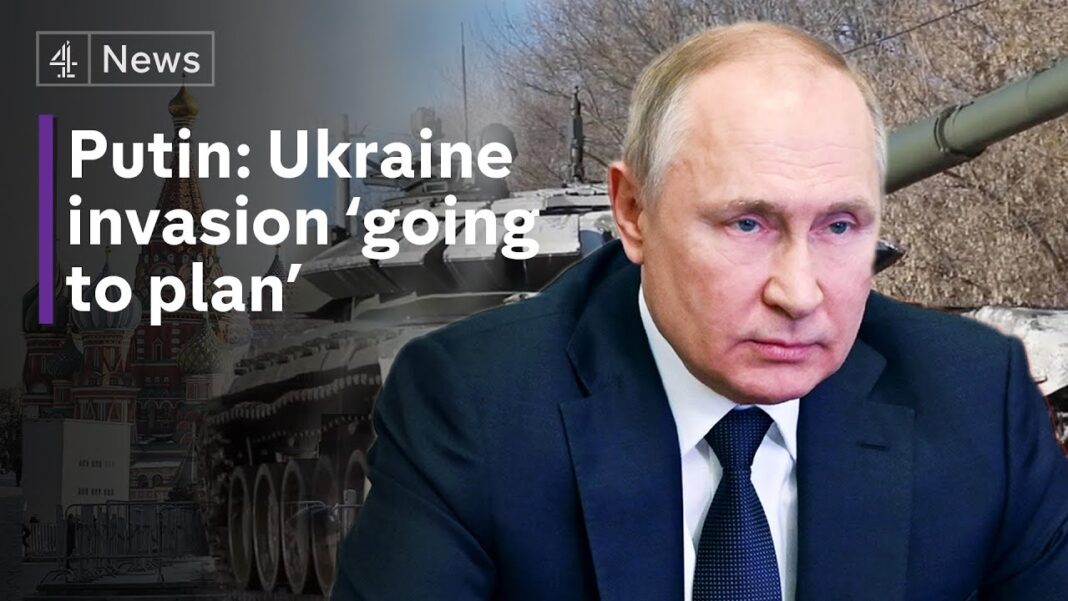 The top Kremlin spokesman said Monday that Russia’s invasion of Ukraine is still going according to plan and “within the timeframe” that was “approved in advance.”

“The Russian Armed Forces are using modern high-precision weapons, hitting only military information infrastructure facilities. All plans of the Russian leadership will be implemented in full within the timeframe approved in advance,” asserted Dmitry Peskov, a spokesman for Russian President Vladimir Putin, to state-run media.

Peskov declined to comment on how long the war, described by Russia’s government as a “special military operation,” will last. Peskov also appeared to dispute a significant number of reports and claims from Ukrainian officials who said Russia was targeting civilian infrastructure, including hospitals.

U.S. military officials have repeatedly said that Russia’s invasion appears to have been slowed or even thwarted in some places by Ukraine’s military. Satellite images that purported to show a 40-mile-long column of Russian armored vehicles remained stationed outside of Kyiv for more than a week, although recent satellite photos suggested that the column has dispersed.

But Peskov said that Putin “did indeed instruct the Ministry of Defense to refrain from an immediate assault on large settlements, including Kyiv” and said Ukraine’s military and nationalist fighters placed military equipment in residential and densely populated areas.

His remarks came after Russian National Guard chief Viktor Zolotov noted that the operation was slower than they had hoped.

“Not everything is going as fast as we would like,” Zolotov said in comments posted on the Russian National Guard’s website, adding, “But we are going towards our goal step by step and victory will be for us.”

Meanwhile, Ukrainian government negotiator Mykhailo Podolyak, who on Sunday said Russia was beginning to talk “constructively,” wrote ahead of the talks, “Negotiations. 4th round. On peace, ceasefire, immediate withdrawal of troops & security guarantees.”

He later said discussions had started but were hard because the political systems of Russia and Ukraine were too different.

Podolyak said he believed Russia “still has a delusion that 19 days of violence against (Ukrainian) peaceful cities is the right strategy.”