The “black swan” event of a solar superstorm directed at earth could prompt an “internet apocalypse” across the entire globe that could last for several months, new research (pdf) has warned.

“One of the greatest dangers facing the internet with the potential for global impact is a powerful solar superstorm,” Jyothi wrote in the new research paper.

“Although humans are protected from these storms by the earth’s magnetic field and atmosphere, they can cause significant damage to man-made infrastructure. The scientific community is generally aware of this threat with modeling efforts and precautionary measures being taken, particularly in the context of power grids. However, the networking community has largely overlooked this risk during the design of the network topology and geo-distributed systems such as DNS and data centers,” he continued.

A solar storm, also known as a Coronal Mass Ejection (CME), occurs when a large mass of plasma and highly magnetized particles violently eject from the sun. Large CME’s can contain up to a billion tons of matter and can get accelerated to large fractions of the speed of light.

When the earth is in the direct path of a CME, these magnetized and charged solar particles interact with the earth’s magnetic field, producing geomagnetically induced currents (GIC) that can potentially disrupt communication satellites and long-distance cables that provide the world with the internet.

According to Jyothi’s research, power grids, oil and gas pipelines, and networking cables are the most vulnerable to the impacts of GIC’s, while submarine cables, which span hundreds or thousands of kilometres, are even more vulnerable than land cables, due to their larger lengths. 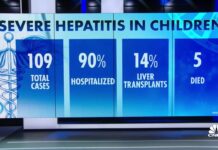 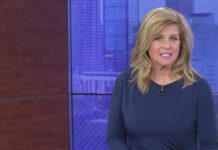