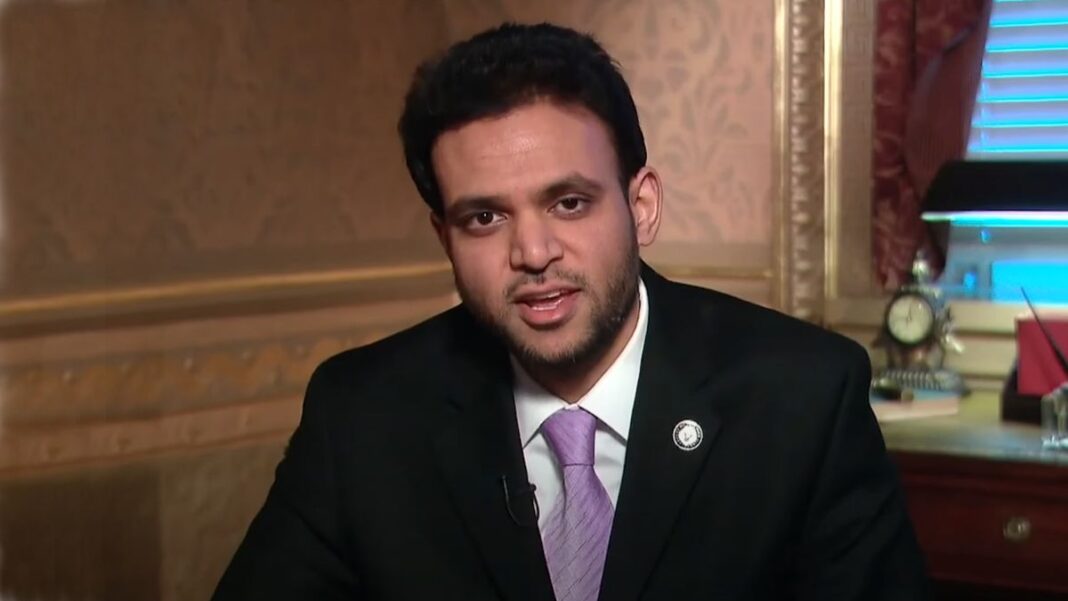 This season is a time when Christians and Jews celebrate holidays important to their faiths. It is also an appropriate time to reflect on the many millions around the globe, in those communities and others, who are denied religious freedom. That is especially so as the U.S. Senate is considering Rashad Hussain’s nomination to be America’s top diplomat charged with protecting and promoting that fundamental human right.

Serious questions have recently been raised about Mr. Hussain’s fitness for that post by fellow Muslims who are familiar with his past record, notably as President Obama’s Special Envoy to the Organization of Islamic Cooperation (OIC). The OIC is an Islamist institution made of 56 Muslim-majority countries plus “Palestine.” It is deemed by some to be a neo Caliphate that recognizes only human rights consistent with Islam’s repressive Sharia doctrine – to the extreme detriment of the freedom of speech and other liberties of, for example, so-called “unbelievers,” former Muslims and women.

In a recent, powerful warning to Senators who must confirm this nomination, the co-founder of the Muslim Reform Movement, Dr. Zuhdi Jasser, declared: “[Hussain] paved the way for the inroad of Islamist groups, governments, and radicals to the United States, in his position as [OIC] Envoy and Observer for the United States under the Obama administration. There, he failed to be a voice for Muslims fighting the Islamist establishment, its ideology, and its crimes against Muslim dissidents across the world.”

Dr. Jasser added: “Mr. Hussain has been revealingly silent about the persecution of Muslim dissidents, including feminists, writers, poets, and artists, in Muslim majority nations where they face persecution, harassment, imprisonment, and even death. Mr. Hussain would have had to express the dangers of an Islamic theocracy and its Sharia state, and to date he has failed to do so, instead pandering to those nations as Special Envoy from the U.S. to the OIC.”

Another co-founder of the Muslim Reform Movement, Asra Nomani, observed:

“With the rise of Rashad Hussain within his administration, President Biden is sending a dangerous and troubling message to the brave Muslim men and women around the world who are defenders of human rights for the LGBTQ+ community, women, artists, dissidents and others. Mr. Hussain has protected and advanced the illiberal values of Islamic theocracies that perpetuate a disturbing and hateful ideology of Muslim supremacy, male supremacy, privilege, racism and misogyny, denying most of the citizens of its societies fundamental human rights, equality, and dignity.”

The Muslim Reform Movement statement concluded by putting the Biden administration and U.S. Senate on notice: “This appointment will undermine the United States’ national security and further the agenda of the Organization of Islamic Cooperation, its radicalization of Muslims and its support for Islamist anti-West establishments.”

These moderate Muslims are not alone in their concerns about the Hussain nomination. Adherents to other faiths worry whether an individual described by President Obama as a “hafiz of the Koran” – meaning he has memorized every word of its voluminous content – and is, therefore, intimately familiar with the intolerance towards non-Muslims or “unbelievers” inherent in Koranically derived Sharia law, can reliably champion religious liberty for all.

In an open letter organized by Save the Persecuted Christians and sent to the nominee on November 1st, 124 organizations and individuals sought to establish the nominee’s attitude towards Sharia-supremacism and its inconsistency with the protection and promotion of true religious freedom. They asked nineteen questions, including the following:

To date, Mr. Hussain has neither acknowledged nor responded to any of these questions.

In light of the strong opposition of influential Muslim reformers to Rashad Hussain’s appointment and the nominee’s failure to address publicly others’ legitimate questions bearing on his suitability for the sensitive post of Ambassador-at-Large for International Religious Freedom, the Foreign Relations Committee and the full Senate are left with no choice but to put on hold further consideration of this problematic nomination.

Frank J. Gaffney acted as an Assistant Secretary of Defense under President Ronald Reagan. He is the Vice Chairman of the Committee on the Present Danger China. He is Executive Chairman for the Center for Security Policy and the President and CEO of Save the Persecuted Christians. He also has the show, Securing America with Frank Gaffney on Real America’s Voice.