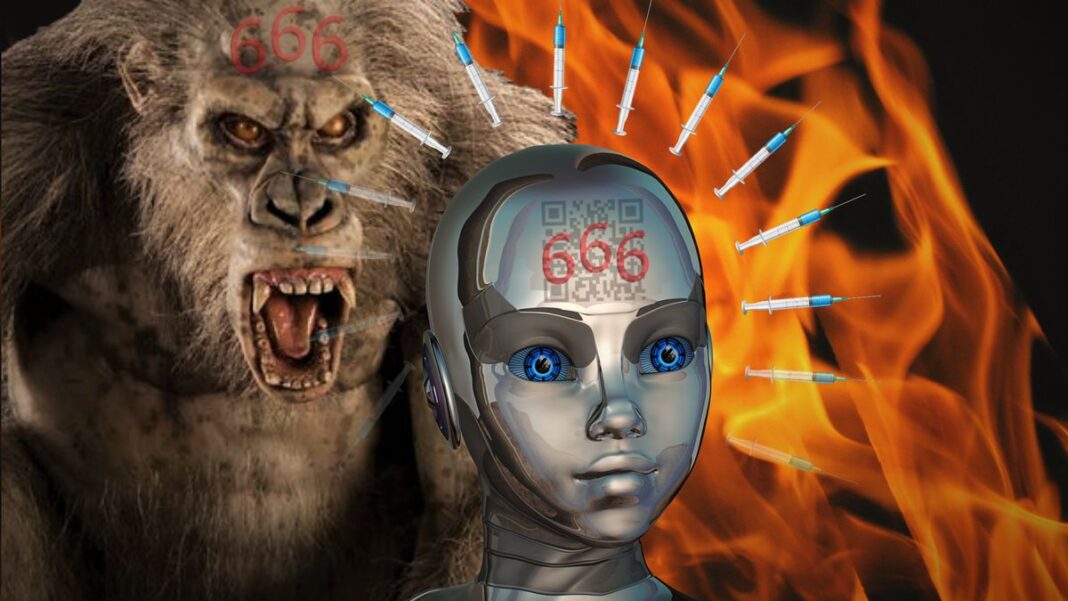 Authorities want to require vaccines in order to buy, sell, or trade. Christians are alarmed. Anyone else with a brain should be, too.

The new totalitarianism is getting a test run in the wake of COVID-19. Across the globe, every person must submit to “health and safety.” So long as officials “can save just one life,” any draconian policy is justified. In response, millions of Christians are refusing the ‘rona vaccine for fear it’s the Mark of the Beast. Their refusal has invited waves of weaponized condescension from dogmatic doctors and Rainbow Xians alike.

On September 9, Joe Biden demanded that the entire nation receive the jab—young or old, with or without natural immunity. Addressing unvaxxed Americans, the nominal Catholic warned, “We’ve been patient. But our patience is wearing thin.”

For many Christians of all races and nationalities, the supposed president’s aggressive tone carried the weight of prophecy fulfilled. They see present-day history as manifesting the Bible’s symbolic structure.

The thirteenth chapter of the Book of Revelation—received as a vision by St. John on the Greek island of Patmos—describes the rise of two Beasts who will institute a one world order. Channeling the power of Leviathan, the first blasphemous Beast emerges from the sea:

“It was given authority over every tribe and people and language and nation, and all the inhabitants of the earth will worship it.”

A second Beast then rises from the earth:

“It performs great signs, even making fire come down from the heavens. … [I]t deceives the inhabitants of earth, telling them to make an image for the [first] Beast…it was allowed to give breath to the image of the Beast so that [the image] could speak.”

It’s no surprise that vigilant Christians perceived something ominous in the invention of the television, the desktop monitor, the smartphone, and especially in the holographic images that will populate augmented reality. A two thousand year-old symbol has been realized by the glowing Cyclops.

“Also [the second Beast] causes all—both small and great, both rich and poor, both free and slave—to be marked on the right hand or the forehead, so that no one can buy or sell who does not have the mark, that is, the name of the Beast or the number of its name…six hundred sixty-six.”

Imagine smartphones in every person’s hand and virtual reality helmets strapped to every forehead. Whatever the Revelation’s final meaning may be, if we look beyond the specific phantasms of St. John’s vision, a troubling motif of world domination and universal tracking comes into view.

The Mark as a Tracking System

There are countless ways to interpret the Mark of the Beast. Fundamentalists tend toward a literal reading. Convinced we’re living through the End Times, they look for exact correlates between the Book and the world.

In the 1930’s, it was supposed to be a social security number for every citizen. In the 1980’s, it was a scannable UPC bar code—allegedly marked with three 6’s—stamped on every product. In the 1990’s, radical ministers were sure it would be an RFID tracking chip stabbed into every palm. In the early 2000’s, it was biometric identification.

Today, the Mark of the Beast looks like a Covid jab in every arm—although no one seems to agree on the particulars. As technology advances, the so do the calculations for 666.