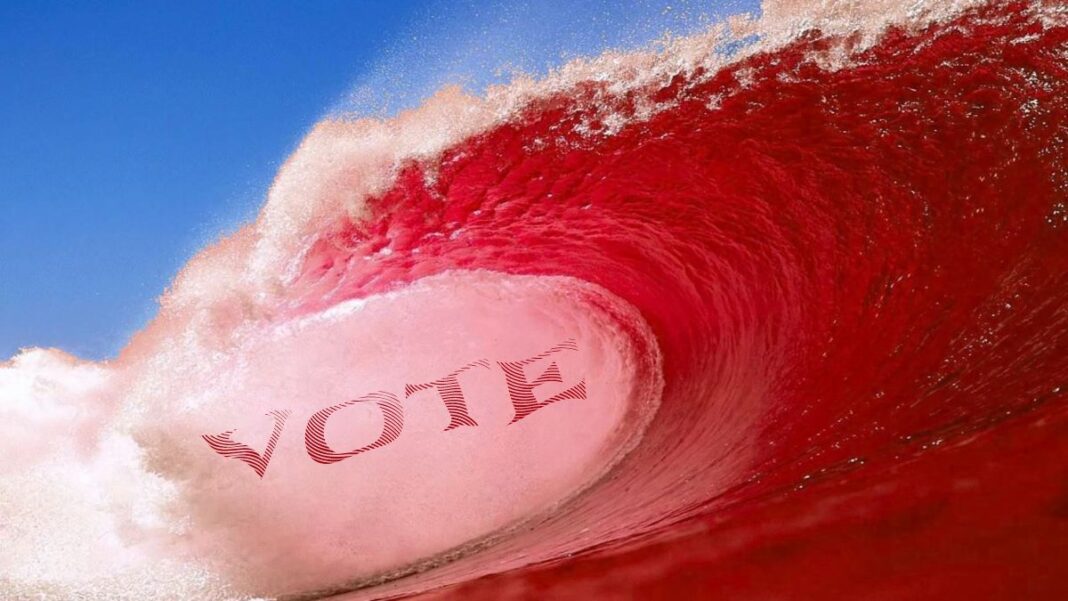 Throughout the month of August, real Conservatives have enjoyed several major victories in Republican Primary elections, as well as several other elections. Of course Liz Cheney’s resounding defeat is among the biggest victories for those on the Right. Despite claiming to be the glittering bastion of the “Constitution and the Rule of Law,” Cheney proved herself to be the ultimate GOP “Establishment” turncoat. So ridding the political landscape of her treachery was a great gain for real Conservatives, and for America.

Other contests, though not nearly so dramatic, may ultimately prove to be even more consequential. In particular, Conservatives enjoyed many victories in school board races across the land. The most notable of these was Miami-Dade County Florida, which is the biggest school district in the Sunshine State. There, Monica Colucci and Roberto Alonso, both strong Conservatives who had the support of Florida Governor Ron DeSantis, tipped the scales in favor of the Right. Look to see a total sea change across that district, particularly in regards to “critical race theory” and other leftist cultural poisoning that has been spreading through government schools under the guise of “education.”

More good news is coming, with several races still undecided until runoff elections are held. But the trend is definitely positive, and away from the left. If it holds, American schools may once again be returned to being places where actual education can take place on worthy topics such as math, science, and history. Clearly, that needs to happen if the Nation is to be rescued from its present careening course into moral/social oblivion.

The greatest looming risk to Conservatives at this point is that they might repeat past mistakes when, in the aftermath of huge political victories, they somehow managed to “drop the ball” and lose all of the ground they had gained. The bad and the good news here though, is that the ball was and is entirely in their court. If they once again rest on their laurels, with no specific plan as to how to not only maximize their recent gains but also keep advancing their cause, it will not be on account of the left, but their own ineptitude or cowardice. Yet that also means that with a proper plan, the victories can continue.

For starters, those Conservative organizations and candidates who have achieved success must not, under any circumstances, allow the Republican Party “Establishment” to hijack their efforts, as has happened too many times in the past. Nor should they defer to the “political experts” who only know how to “play the game” to their own personal benefit, and not to the betterment of the cause. That is how too many at the upper levels of the GOP operate, and the results are never good for Conservatives at the Grassroots.

Consider the whole concept of introducing “controversial” measures and holding votes on them. Note to Conservatives: Do not be afraid to hold votes, even in venues where leftists still dominate. It’s not about the “egos.” It’s about identifying those who push leftist depravity, and targeting them for removal in the next election. According to the Republican “Establishment,” a lost vote represents a defeat, and the greatest of “humiliation” to those in the minority. So standard operating procedure is to never hold a vote unless leaders believe they have the numbers to assure success. On that basis, the GOP too often ducks and runs from the critical issues of the day.

While the Party “Insiders” may recoil at the prospect of receiving a black eye in the wake of a failed measure, only in that manner can the real sentiments and allegiances of voting members be determined. And if a worthy initiative loses, the public is then made fully aware of which members need to be replaced. Again, it is not about the legislative or school board as an association or “club,” but a matter of how to advance the interests of the public and effectively address their concerns.

Nor should Conservatives (again majority status notwithstanding) fear a “divisive” or “rancorous” debate with their political opponents, even if that means being castigated on the nightly Fake News. To the horror of the leftist political/media Establishment, Americans are increasingly wise to their duplicity. And efforts to marginalize and isolate fearless Conservative political players and their issues of importance can totally backfire on the leftist propagandists, but only if those on the right remain steadfast.

Leftists will always demand a voice that exceeds their numbers when they are in the minority, in the name of “fairness” or some such platitude. But if the tables are turned, they invariably rule with an iron fist. So here again, the goal of a Conservative minority needs to be to spotlight their actual agenda, for the public to see and understand. Impassioned and immovable advocacy by Conservatives who refuse to “moderate” in the face of opposition energizes the grassroots, particularly in light of so much lunacy and venom from the left.

A great example of how Conservatives can make their concerns known, and begin to actually turn back the evil leftist tide, is the unflappable North Carolina “Education First Alliance.” Against enormous odds, they are truly leading the way on educational reform. This makes them a target of attacks from both overt leftist Democrats, and their RINO lackeys. Education First Alliance strongly encourages parents to attend local school board meetings and make their sentiments known. Consequently, leftist school boards increasingly feel the heat of accountability that they have formerly escaped.

It is likely that this organization was specifically the cause of leftist AG Merrick Garland’s despicable attempt to classify parents at school board meetings as “domestic terrorists.” Yet rather than apologizing or abandoning their efforts, Education First Alliance and other kindred organizations doubled down, and identified those school board members and activist groups who had lobbied Garland to trample on their First Amendment rights. Consequently, the Department of “Justice” backed off.

Although Garland’s attempt to intimidate concerned parents (which he undoubtedly perpetrated under order from “higher ups”) was appalling, it revealed the inherent vulnerability of the leftists at the top. Of course they claim to be “legitimately” in power. But their actions are those of a paranoid and fragile coalition which fears being exposed as a gaggle of frauds and interlopers. And that, more than anything else, is why we must continue this fight!