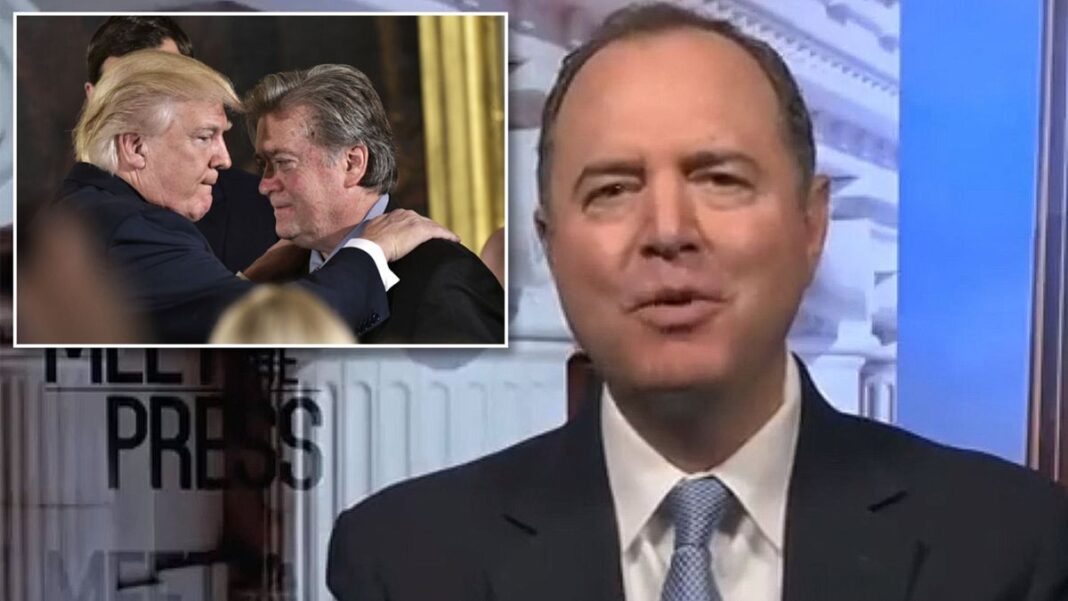 The California Congressman has been a leading proponent of the Russiagate hoax, the impeachment hoax, and now the January 6th hoax. All after he met with a leading Chinese propagandist.

The foundation, known as ‘CUSEF’ for short, has been flagged by the U.S. government for seeking to “influence foreign governments to take actions or adopt positions supportive of Beijing’s preferred policies.”

A key promoter of the Trump-Russia collusion hoax and leading member of the unconstitutional January 6th committee, Rep. Schiff met with officials from the documented Chinese Communist Party-linked foreign influence group in October 2009.

Schiff recently turned his attention to former Trump campaign chief Steve Bannon, a known “China hawk,” raising questions as to whether or not the Congressman for California’s 28th Congressional district is working to neutralize critics of the Chinese Communist Party.

The China-United States Exchange Foundation’s (CUSEF) website reveals it “sponsored the visit” of Chinese Communist Party official Xu Kuangdi to the U.S., including a stop in Washington, D.C.