Speaker, I’d like to address the two track justice system here in the United States. If you’re part of the Democrats sponsored, Democrats terrorist organizations, BLM and AntiFa you can burn down American cities for an entire year, get bailed out of jail, and face no investigation or commission from Congress. Meanwhile, if you’re a Trump supporter who happened to be at the Capitol on January 6th, you face exorbitant bail, solitary confinement, abuse by jail guards, and no due process. This is an outrage!

Just today, just this week ago, Congress told all of the American citizens that Congress cares more about Congress than the American people after all we have witnessed American cities all over our country be victims to Violent riots by domestic terrorists all over this country the people have endured this businesses have been destroyed violence has happened police officers night after night have been abused have had to endure these violent riots attacks on and on but yet this institution has been focused on itself and focused on investigating January 6th even though they’re many investigations already happening here through the Senate and the house committees everybody been over 445 people arrested from January 6th they’re also more than 100 to be arrested soon there is Justice happening for the riot here at the Capitol on January 6th Republicans and Democrats together are against the violence and the riot that happened here in the capital on January 6th but the problem lies with this Republicans and Democrats are not together on the violence that happened to the people all over this country throughout the past year and that’s why Congress is only concerned with itself and not about the American people rioters did a horrific and jaw-dropping amount of damage to cities Across America during 2020 there was up to 2 billion in damage due to the riots that swept the nation the most expensive and insurance history by the way that’s not a 2 billion dollar bailout fund coming from the government that’s not a taxpayer-funded check that’s private money that’s private money that insurance companies are having to pay because domestic terrorist rioted 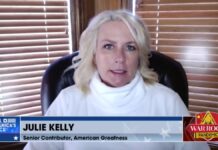