Video footage surfaced online that appeared to show a crowd of people at a Somali cultural event in Minneapolis booing “Squad” member Rep. Ilhan Omar (D-Minn.) over the weekend.

Omar, who came to the United States as a Somali refugee, made an appearance at a concert featuring Somali singer Suldaan Seeraar at the city’s Target Center. As soon as she arrived on stage, the boos began, according to footage posted online.

Ilhan Omar was booed during a Suldaan Seeraar concert in Minnesota.

“It was an honor to welcome you to our incredible city,” the Democratic congresswoman said in a Twitter post alongside a 14-second clip. The clip ended moments after the audience started to boo loudly.

Longer videos suggested that the crowd booed her for about a minute after she and her husband came onto the stage. “OK, OK, OK, OK, OK, we don’t have all night,” Omar said at one point as the crowd kept booing.

Some people suggested that it’s because of Omar’s support for Roe v. Wade, a Supreme Court decision that decriminalized abortion nationwide, support for LGBT causes, and other left-wing causes. Omar is currently the whip of the Congressional Progressive Caucus.

“In almost half of this country, states are ready to ban abortion,” Omar said during a protest following the decision. “Outright ban abortion.”

And several weeks ago, amid dismal polls, Omar told reporters that she will “of course” back President Joe Biden if he decides to run for president in 2024.

“This’s what she gets for trading her Godly, Conservative values for the sinful LGBTQIA’s & the promiscuous abortionists,” wrote Shukri Abdirahman, a Republican Somali refugee and military veteran who is running to unseat Omar from her 5th Congressional District.

This's what she gets for trading her Godly, Conservative values for the sinful LGBTQIA's & the promiscuous abortionists.

Another Republican candidate, former NBA player Royce White, suggested that Somalis in Minnesota were upset with Omar because “they’re being misrepresented by bourgeois puppets, chosen by the establishment to exploit identity politics. In other words, Ilhan Omar is a sellout and I called it months ago.” 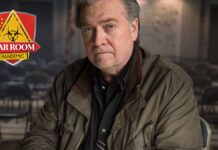