I am greatly troubled with the events that have unfolded on Wall Street and demand action from the U.S. Department of Justice. Today, a FINRA regulated broker-dealer called “Robinhood Markets, Inc.” halted the purchase of stocks for several publicly traded companies including GameStop, Blackberry, AMC and others. This unilateral move was done so in a concerted effort to de-platform and silence individual investors.

This began when an investment management fund called “Melvin Capital Management” placed an aggressive short sell on the company Gamestop. To contradict this decision, the heavily followed reddit page “r/wallstreetbets” and their administrators advocated that their followers purchase Gamestop stock using the broker Robinhood. The movement was so immense that it drove the stock price to over 400% of its previous value. As a result, Melvin Capital lost billions on their return and Robinhood blocked users from buying anymore of Gamestop stock but still allowed liquidation.

Melvin Capital Management is owned by the parent company “Citadel, LLC” which, according to a Bloomberg Report1, gave Robinhood roughly 40% of their revenue. Knowing the involvement Citadel has with Robinhood, it is clear that the actions taken today were motivated by anti-competitive reasons not for concerns of volatility claimed by Robinhood. Because of this blatant conflict of interest and obvious monopolistic activity, I am calling on an immediate investigation by the U.S. Department of Justice into Robinhood and the hedge fund of Citadel, LLC.

October 16, 2018 ~ Robinhood Markets Inc. is reportedly gaining up to 40 percent of its revenue by farming out customer orders to high-frequency trading firms. Bloomberg’s Jason Kelly reports on “Bloomberg Daybreak: Americas.” 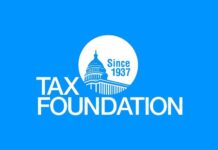 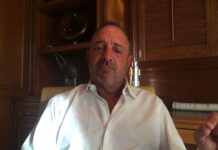 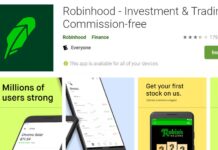