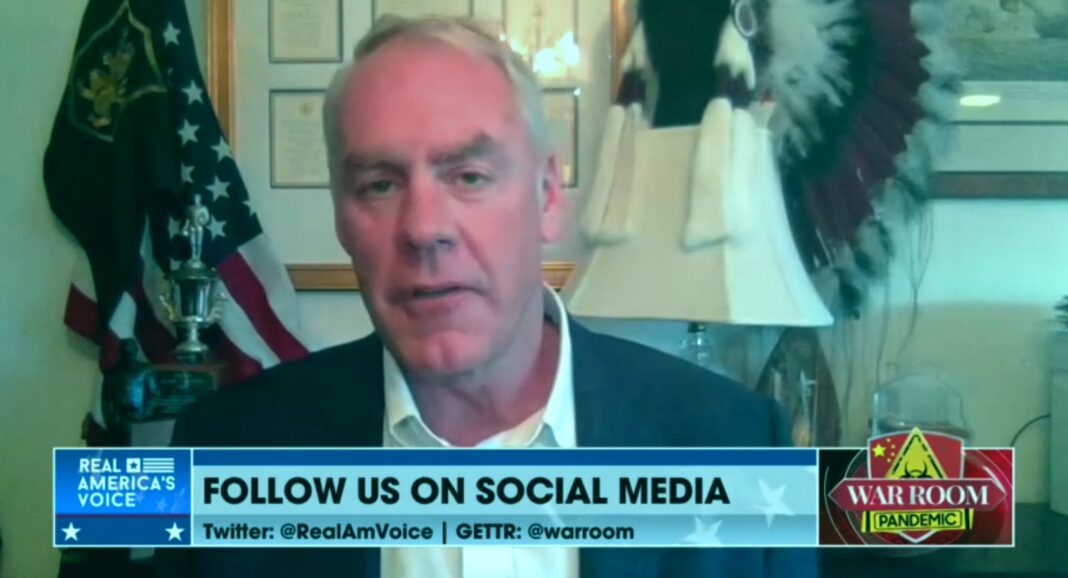 Steve Bannon talks to Navy Seal Commander Ryan Zinke about his race to return to Congress in the new Second Congressional District in Montana. Zinke served as President Trump’s first Secretary of the Interior and has the complete and total endorsement of Trump in the Republican primary. Zinke says the next two elections could determine whether America as we know it will continue.

“I think where we are as a nation is fixable but the mission is clear. It’s the majority [in Congress], [winning the] White House, save America. There is no Plan B. Unless we get the majority back in 2022, I think the republic quite frankly will fail. I think the divisions within this country and deep and wide and real.”