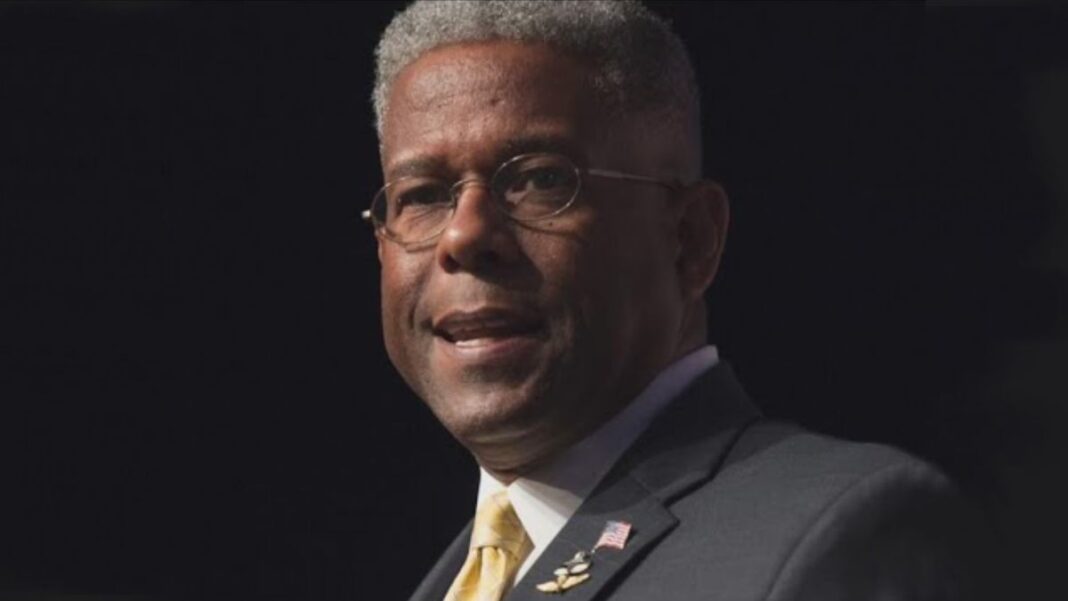 Texas GOP gubernatorial candidate Allen West said he’s “doing great” after he was hospitalized with COVID-19 over the weekend.

“No complaints. I’m just relaxing,” West told The Associated Press, saying he was hospitalized in Plano, a Dallas suburb. The Republican former lawmaker said he is awaiting the results of a chest X-ray.

West and his wife, Angela, were diagnosed with the CCP (Chinese Communist Party) virus after attending a fundraising event in Seabrook, Texas, last week but added that he is “suspending in-person events until receiving an all-clear indication.”

“I want to thank all of you for your prayers. Angela and I just completed the monoclonal antibody infusion therapy and are in the observation period. There’s a concern about my oxygen saturation levels, which are at 89 and they should be at 95,” he wrote on Twitter, adding that he is suffering from “not serious” COVID-19-related pneumonia.

5/ I can attest that, after this experience, I am even more dedicated to fighting against vaccine mandates. Instead of enriching the pockets of Big Pharma and corrupt bureaucrats and politicians, we should be advocating the monoclonal antibody infusion therapy.

West, a former Republican lawmaker and Army lieutenant colonel, “has publicly stated he supports individual choice and this is reflected in his own family” regarding COVID-19 vaccines, according to a Twitter post from West’s Twitter.

And, he added, “after this experience, I am even more dedicated to fighting against vaccine mandates. Instead of enriching the pockets of Big Pharma and corrupt bureaucrats and politicians, we should be advocating the monoclonal antibody infusion therapy.

“As Governor of Texas,” West continued, “I will vehemently crush anyone forcing vaccine mandates in the Lone Star State. There are far better protocols that individual citizens can utilize and decide for themselves.”