As one of Newsweek Magazine’s Top 12 People to Look For in 2008, and as the President of America’s Preeminent Latino Christian Organization, Samuel is regarded as one of the most prominent voices in the Kingdom of God and as the lead spokesperson for the 16 million strong Hispanic American Born Again Christian Community.

Rodriguez earned his Master’s degree in educational leadership from Lehigh University. Currently he pursues a doctoral degree in Organizational Management and Behavior.

As the leading spokesperson for Hispanic Evangelicals, Samuel has been a featured speaker in White House and Congressional meetings on Hispanic American issues and Justice concerns currently serving in President Obama’s White House Task Force on Fatherhood. His non partisan commitment enables Sam to meet with both sides of the aisle while above all contextualizing the nexus of both Kingdom and Society.

As the leading Hispanic Christian on the issue or Comprehensive Immigration Reform, Rev. Rodriguez and the NHCLC were credited by Sydney Blumenthal and others as the primary reason why the plans for deportation were stymied. He frequently meets and consults members of both parties in Congress and participates in White House meetings on social justice, Latino and values issues.

He currently serves on the Board of Directors of some of America’s leading Evangelical organizations such as: Gordon Conwell Theological Seminary, National Association of Evangelicals, Empower 21 and Christianity Today. Rodriguez is also the recipient of the Martin Luther King Jr. Leadership Award presented by the Congress of Racial Equality.

Rev. Rodriguez also serves on the advisory Board of the National Campaign to Reduce Teen Pregnancy and Pro Life initiatives with various coalitions. In addition, he serves on the steering committee of The Freedom Federation and the General Superintendents’ Cabinet in the Assemblies of God.

Globally, via NHCLC and 3DBN a Global network of top tier Evangelical ministries, Rev. Rodriguez is committed to the presentation of the Gospel while simultaneously addressing issues such as poverty, AIDS, human trafficking, and social justice.

He is an Assemblies of God Ordained Minister since the age of 23. Rodriguez also serves as Senior Pastor of New Season Christian Worship Center in Sacramento, CA where he resides in California with his wife of 22 years, Eva and their three children. 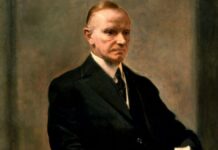