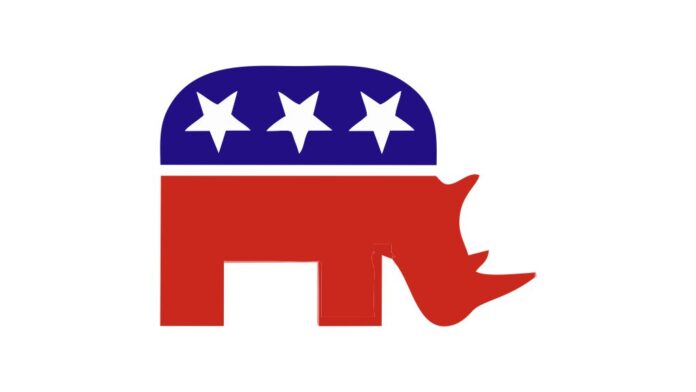 When Real America ponders the twisted course that has brought us to the abysmal place where we now find ourselves, it is imperative to recognize the complicity of RINO (Republican in Name Only) traitors who have willingly aided and abetted leftists the entire time. It is no exaggeration to state that without the collusion of RINO turncoats, leftist Democrats could never have achieved the degree of success that they have enjoyed, at our expense.

Consequently, it is critically important to deal with RINOs as the enemy that they are, if genuine conservatives are ever to prevail over the vile and dangerous leftist Democrat agenda going forward. Thankfully, the unabashed pro-America, pro-Constitution and pro-Christian stances of President Trump not only proved that such ideals are alive and well in our Nation, he also provided the contrast necessary to smoke out the closet liberals lurking in the GOP. Far from being “moderates” or “centrists,” these two-faced political players only remain among Republican ranks because they know they can do the most to advance themselves and leftist Democrat interests by working from the inside.

Now that the RINOs believe their efforts, combined with leftist Democrat cohorts, have successfully shut down the groundswell of Americanism and Conservatism that carried President Trump into the White House, they are attempting once again to posture and pander their way back into positions of “credibility,” which is their avenue to GOP power. It is beyond their ability to grasp, or even care, that doing so would signify the end of the Republican Party itself.

Despite their aversion to reality, the rules have changed, and will never go back to the insipid and ineffective patterns of the past. For too long, Conservatives watched in total frustration as leftist activists continually got results from the Democrat Party, while Republicans only ever offered excuses for their total impotence as a political force, regardless of their numbers in the Congress and Senate, and even while holding the White House. That game should have ended long ago. In any case, it is over now, and RINO efforts to resurrect their scheming ways, and revert to that course are absolutely transparent and feckless. Still, they try.

In the past few weeks, a virtual “Who’s who” of duplicitous GOP globalists and leftist enablers has become increasingly vocal, as they resume their assault on the time honored principles that define real Republicans. The response from traditional members of the party who have not sold out to the new order has been openly hostile, and rightfully so.

At the Utah state Republican Convention this past week, RINO never Trump traitor Mitt Romney was loudly booed when he appeared on stage. Romney barely dodged an attempt by Utah Republicans to officially censure him for his constant attacks on the President, and his total betrayal of any principle of decency when he supported the baseless leftist Democrat impeachment scams, including the post January 20 circus.

Of course the title of “lowest of the low” among detestable RINOs clearly goes to Liz Cheney of Wyoming, who couldn’t ever be bothered to engage the left on behalf of the Cowboy State. Yet she has plenty of zeal and energy when attacking President Trump and his supporters. In a May 3 Twitter post, Cheney declared “The 2020 presidential election was not stolen. Anyone who claims it was is spreading THE BIG LIE, turning their back on the rule of law, and poisoning our democratic system.” Cheney is fully vested in the leftist Democrat effort to put a phony fig leaf of “legitimacy” on the 2020 election theft, despite the flagrant and widespread abuses and chicanery that was witnessed by the entire Nation on Election Night, and during the wee hours of the following morning.

Meanwhile, even former President George W. Bush, who never had anything bad to say about the treasonous Barack Obama, is reasserting his globalist “pedigree,” by once again pushing for open borders. Never forget how Bush attempted in 2007 to destroy America’s southern border by colluding with RINO John McCain’s “gang of eight,” a cabal of RINO and Democrat Senators. But Bush’s record of duplicity goes back further still. As far back as 2000, he attempted to dismiss real conservatism when first running for the White House, by defining himself as a “compassionate conservative.” It was his way of asserting that open borders and socialism were qualities that somehow constituted a superior ideology, as opposed to those uncompassionate Neanderthals who believed in secure national borders, respect for private property, and rewarding the diligence of one’s labors.

In response to the uproar, leftist minion Susan Collins, the RINO Senator from Maine, appeared on CNN to castigate those who stand up to the Romneys, Cheneys, and Bushes and their efforts to reinvent the GOP. In her twisted world, only by accepting their distortions and pollution of the party can Republicans be deemed worthy. Those who think the party should uphold a certain set of principles, and particularly conservative ones, are a blight on the party, are being “disrespectful” to the RINO turncoats, and thus create “disunity.”

Of course Mitt Romney and RINO extraordinaire Liz Cheney are never criticized for their disrespectful nature or the divisions they deliberately cause, which always redound to the benefit of the left. They are fine attacking a real Republican leader who actually moved Conservatism forward and showed how to make it work. Yet they claim to be “building the party” and demand others “unify” with their sordid and self-serving agenda.

Americans who want their country back from the leftist Democrats need to become fully aware of the dirty little secrets by which RINOs have hamstrung our side for years. Calls for “party unity,” especially coming from those who were so flagrantly and incessantly undermining unity during the first term of President Trump, are absolutely disingenuous. A party that claims to accept both high and low standards will in truth only uphold low standards. The only way unity can be achieved with such people is by totally capitulating to them and their agenda. And their end game is virtually indistinguishable from that of the leftist Democrats.

Furthermore, a party that claims to stand for “everything” is a party that ultimately stands for nothing. The Republican “Establishment” clearly knows this, and is absolutely fine with it. Its intended purpose for the GOP has nothing to do with the concerns of Grassroots Conservatives who work the jobs, plant the crops, and fight the wars. In truth it never did! 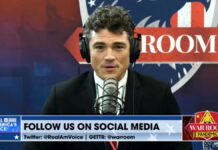