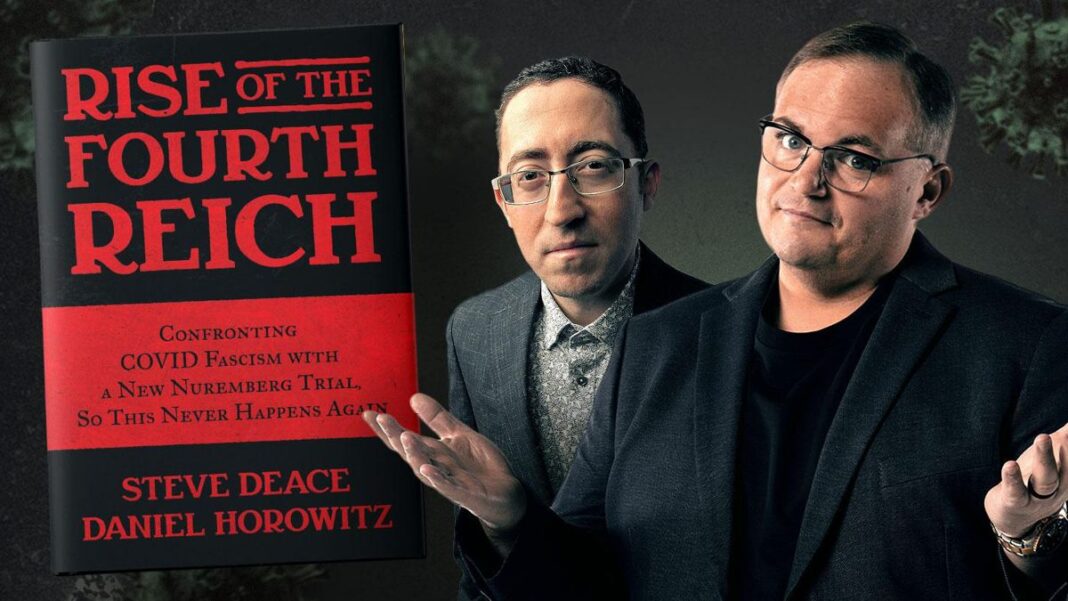 COVID-19 fascism was the worst tyranny in American history, and those responsible must be held accountable so nothing like it ever happens again.

COVID-19 was used to launch the worst tyranny in American history, which we’re still facing even now. It was also the worst oppression in global history since the Third Reich. Just as that evil required a reckoning at Nuremberg, this one does as well. In this Nuremberg 2.0, we call witnesses that our elected representatives and law enforcement agents need to hear from in order to know the full extent of the evil, and who is responsible for it—so that this never happens again.

Steve Deace is the author of numerous books, including the #1 bestseller Faucian Bargain: The Most Powerful and Dangerous Bureaucrat in American History. His 2016 book, A Nefarious Plot, was adapted into a major motion picture. He’s also written for numerous national publications and worked on political campaigns from school board to president of the United States. He hosts the Steve Deace Show, one of the top one hundred daily news podcasts in the country, for The Blaze. He lives in Iowa with his wife and children.

Daniel Horowitz is senior editor of The Blaze and cofounder of Conservative Review where he writes in-depth daily columns about the hypocrisy in Washington of both the GOP and Democrat establishment from a conservative perspective. He hosts a nationally syndicated podcast, The Conservative Review, and is the author of Stolen Sovereignty: How to Stop Unelected Judges from Transforming America. Horowitz is a conservative policy entrepreneur and advisor, and his perspective on policy issues is sought out by those within and outside of politics. Horowitz resides in central Maryland with his wife and four children.