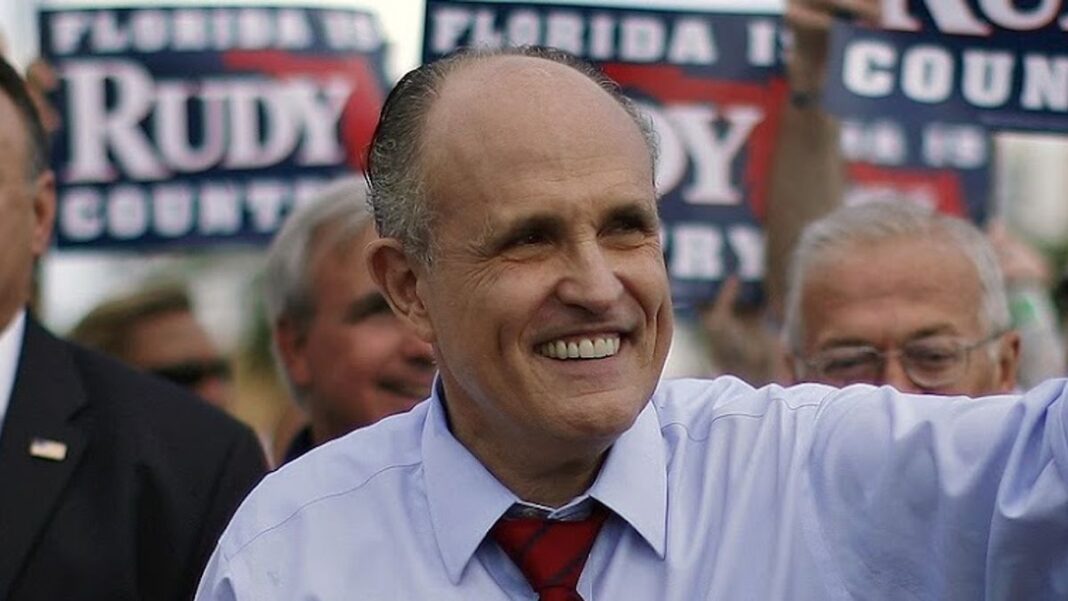 The Washington D.C. Office of Disciplinary Counsel has filed an ethics charge against Rudy Giuliani for allegedly promoting baseless claims that fraud had taken place in the 2020 presidential elections.

The ethics charge, filed at a federal court in Pennsylvania on Friday, puts Giuliani’s ability to practice law in the city at risk. According to the D.C. Bar’s disciplinary arm, Giuliani’s conduct “violated the following Pennsylvania Rules of Professional Conduct … (a) in that he brought a proceeding and asserted issues therein without a non-frivolous basis in law and fact for doing so; and (b) in that he engaged in conduct prejudicial to the administration of justice,” the filing said (pdf).

The charge against Giuliani centers on claims that he made in a federal court back in 2020 while supporting a lawsuit from the Trump campaign which sought to overturn the results of the Presidential election in Pennsylvania.

According to the ethics filing, more than 6.7 million votes were cast in Pennsylvania for the 2020 presidential election, out of which approximately 2.6 million were mail-in ballots. Joe Biden was deemed the winner by more than 80,000 votes.

In the Trump campaign filing, the plaintiffs asked the court to invalidate between 680,000 and 1.5 million of the mail-in ballots, arguing that these ballots failed to comply with the state’s election laws.

Giuliani justified his allegation of election fraud by promising the court that “statistical analysis will evidence that over 70,000 mail and other mail ballots which favor Biden were improperly counted.”

However, the evidence provided by Giuliani relied on false or faulty statistics and analysis, the ethics complaint stated. Giuliani even promised the district court that he had 300 more declarations, affidavits, etc., that can prove his allegations of fraud against defendant counties.