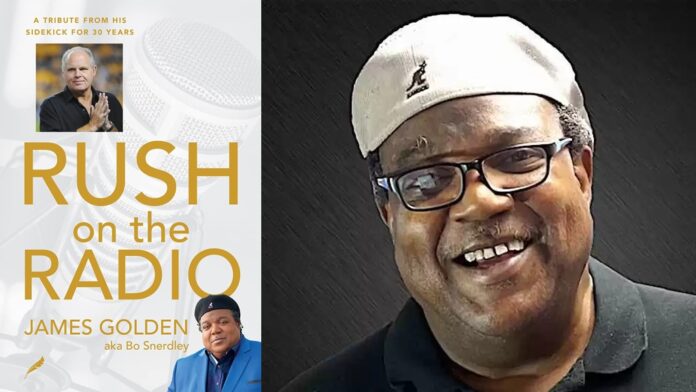 What was it like to be a part of the supersonic ride on the Rush Limbaugh program, the highest-rated radio show in history that spanned 33 years and changed the American political conversation? James Golden, aka “Bo Snerdley,” was there from the beginning to the final, tearful episodes. As call screener, “Official Show Observer,” and friend of Rush, James shares the stories that grew an audience into tens of millions of devoted listeners. On the air or off, when Rush asked, “What do you think, Mr. Snerdley?” he meant it. James agreed, and disagreed, with Rush over the years, but they held the same values. “Rush’s legacy must be is framed truthfully and properly. The stories must not be lost. In fact, we need them now more than ever.”

James Golden, under the pseudonym “Bo Snerdley,” served as call screener, producer, and engineer for the syndicated Rush Limbaugh radio talk show for 30 years. Since 2001 he has been a Producer/Executive for Premiere Networks (formerly Premiere Radio Networks), the largest radio syndication company in the United States.

Buy Rush on the Radio