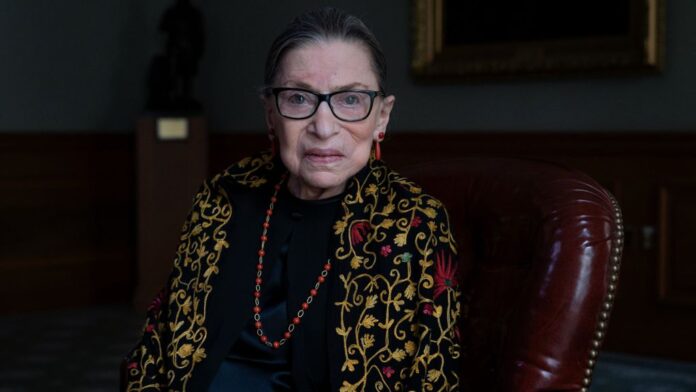 In the NPR interview with Nina Totenberg on July 23, 2019, Ruth Bader Ginsburg weighed in on an idea circulating among some Democrats to increase the number of justices on the court should a Democrat be elected president. She disagreed with that idea and said,

“Nine seems to be a good number. It’s been that way for a long time,” she said, adding, “I think it was a bad idea when President Franklin Roosevelt tried to pack the court.”

“Well, if anything, it would make the court appear partisan. It would be that one side saying, ‘when we’re in power, it was only to enlarge the number of judges so we will have more people who will vote the way we want them to,’” she said. “So I am not at all in favor of that solution to what I see as a temporary situation.”

“We are blessed in the way no other judiciary in the world is. We have life tenure. The only way to get rid of a federal judge is by impeachment. Congress can’t retaliate by reducing our salary, so the safeguards for judicial independence in this country, I think, are as great or greater than anyplace else in the world.”

“The court has no troops at its command, doesn’t have the power of the purse, and yet time and again, when the courts say something, people accept it.”

FLASHBACK: What Justice Ruth Bader Ginsburg Really Said About the Kavanaugh Confirmation and Packing the Court