Information on the RV vehicle explosion in Nashville, Tennessee is updated daily with newest press conferences and other information. Newest information is posted at the bottom of this article.

Metro Nashville Police Department, FBI & ATF investigating the 6:30 a.m. explosion on 2nd Ave N linked to a vehicle believed to be an RV. This appears to have been an intentional act. Law enforcement is closing downtown streets as investigation continues. Three people were injured in the explosion but were not in critical condition. Windows of buildings were shattered and numerous buildings damaged.

According to Metro Nashville Police Chief, John Drake, police officers were responding to a report of shots fired when they saw the recreational vehicle blaring a recording that said a potential bomb was to detonate in 15 minutes, “… if you can hear this message, evacuate now.” Taking the warning seriously, police called in the bomb squad and began evacuating nearby buildings. The RV exploded soon after.

Federal investigators from the Bureau of Alcohol, Tobacco, Firearms and Explosives were on the scene since investigating federal crimes like explosives violations and acts of terrorism are the FBI’s primary responsibility.

MNPD, FBI & ATF investigating the 6:30 a.m. explosion on 2nd Ave N linked to a vehicle. This appears to have been an intentional act. Law enforcement is closing downtown streets as investigation continues. pic.twitter.com/YOfMTaKmTH

FBI provides updates on the Nashville explosion that took place on Christmas Eve.

The Federal Aviation Administration (FAA) classified airspace over Nashville as “National Defense Airspace” in a temporary flight restriction and said the government could use deadly force against violators.

FDC 0/8709 ZME Part 1 of 2 TN.. Airspace Nashville, TN ..Temporary flight restriction. Pursuant to 49 USC 40103(b), the Federal Aviation Administration (FAA) classifies the airspace defined in this NOTAM as ‘national defense airspace’. Pilots who do not adhere to the following procedures may be intercepted, detained and interviewed by law enforcement/security personnel. Any of the following additional actions may also be taken against a pilot who does not comply with the requirements or any special instructions or procedures announced in this NOTAM:
a) the FAA may take administrative action, including imposing civil penalties and the suspension or revocation of airmen certificates; or
b) the united states government may pursue criminal charges, including charges under title 49 of the united states code, section 46307; or
c) the united states government may use deadly force against the airborne aircraft, if it is determined that the aircraft poses an imminent security threat. Pursuant to title 14 CFR section 99.7, special security temporary 2012252015-2012302245
End Part 1 of 2 FDC 0/8709 ZME

Officers who worked to evacuate minutes before the explosion in Nashville speak to the media.

Police have identified Anthony Quinn Warner, 63, as the owner of the RV that exploded in Nashville. He is believed to be the Nashville Christmas Day bomber. It is also believed that he died in the bombing. It appears to be a “lone wolf” situation, but the motive remains unclear and the investigation will continue. Authorities do not believe that the city of Nashville is in any danger.

BREAKING: Officials in Nashville say that the individual responsible for the bombing on Christmas Day was an “individual named Anthony Warner” and perished in the explosion pic.twitter.com/dDu2ht5Lh1

Dec. 29, 2020 Raw Police Bodycam Video of Before, During and After the Nashville Explosion

Dramatic bodycam footage released by Nashville police shows the moments just before and as an RV exploded in the city’s dense downtown on Christmas Day. 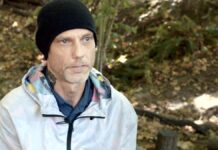 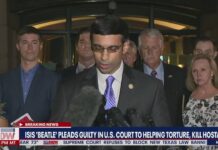 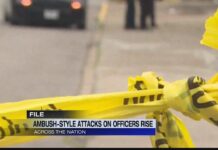