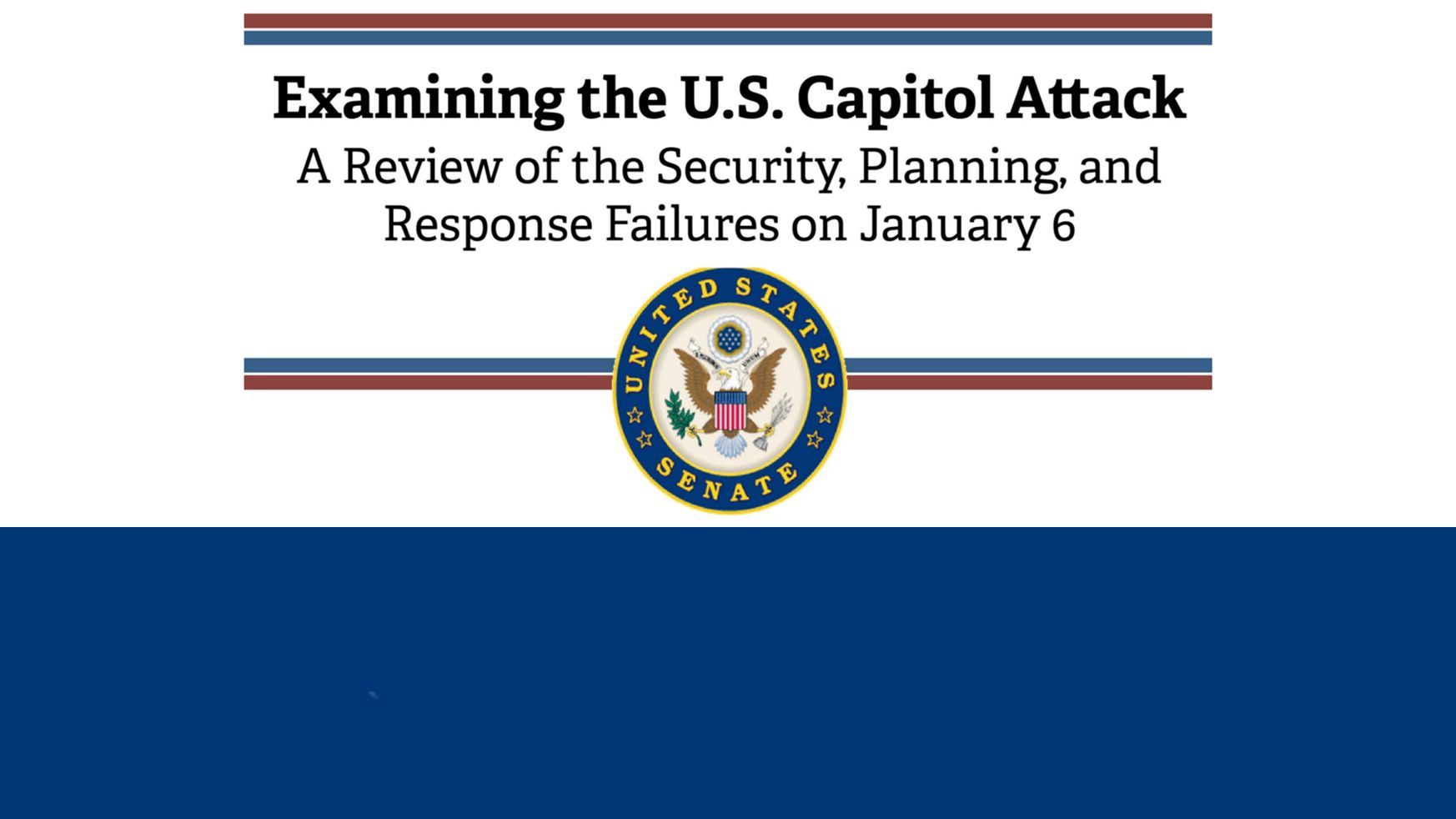 U.S. Capitol Police intelligence officials failed to share information they received in the days and weeks leading up to Jan. 6, contributing to the agency being unprepared for what transpired that day, according to a new Senate report.

The federal intelligence community, led by the FBI and the Department of Homeland Security, did not issue a threat assessment warning of potential violence targeting the U.S. Capitol on Jan. 6, despite online calls for violence, the 128-page bipartisan report  says. (See Report PDF below).

The U.S. Capitol Police’s (USCP) lead intelligence component, meanwhile, became “aware of the potential for violence” in the days preceding Jan. 6 but “failed to fully incorporate this information into all of its internal assessments,” the bipartisan group discovered.

The failure to warn of potential violence was combined with the USCP being ill-prepared to prevent or respond to security threats on Jan. 6, which contributed to the breach of the Capitol during a joint session of Congress, according to the report, an analysis previously offered by Steve Sund, the former chief of the Capitol Police.

“The events of January 6th were horrific, and our bipartisan investigation identified many unacceptable, widespread breakdowns in security preparations and emergency response related to this attack,” Sen. Gary Peters (D-Mich.), chairman of the Senate Homeland Security and Governmental Affairs Committee, said in a statement. “Our report offers critical recommendations to address these failures and strengthen security for the Capitol to prevent an attack of this nature from ever happening again.”

“Over the past five months, our committees have worked together in a bipartisan way to thoroughly investigate the intelligence and security failures prior to and on January 6, and to develop recommendations to address them,” added Sen. Roy Blunt (R-Mo.), ranking member of the Senate Rules and Administration Committee. “These recommendations are based on an extensive fact-finding effort that included interviews with key decision makers, firsthand accounts from law enforcement personnel, and the review of thousands of documents. Our focus now should be on immediately implementing these recommendations.”

Examining the U.S. Capitol Attack: A Review of the Security, Planning, and Response Failures on January 6