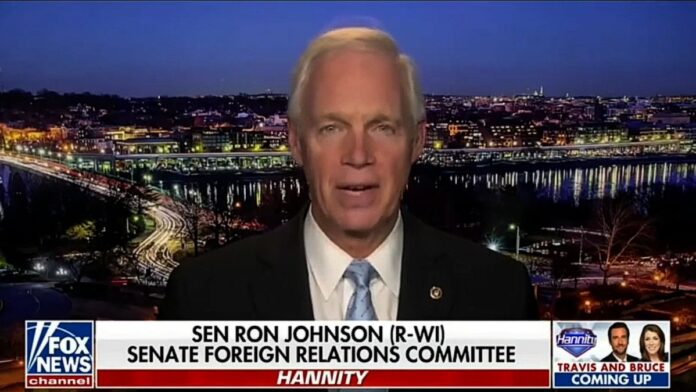 WASHINGTON – On Wednesday, U.S. Sen. Ron Johnson (R-Wis.) joined Fox News’ “Hannity” and Newsmax’s “Stinchfield” to discuss his ongoing investigation into the vast web of foreign financial entanglements of the Biden family and how the shady business dealings could be compromising President Joe Biden.

The interviews can be found here and below and here, excerpts are below.

On the Mainstream Media’s Cover Up:

“Of course we’ve known this. Those of us who have inquiring minds, we’ve known this for close to two years now. It was obvious Hunter’s laptop was authentic as soon as we started seeing the information from it, but the media has been complicit. Here’s a few more details, Hunter Biden knew exactly who he was dealing with. He called Patrick Ho ‘the spy chief in China.’ He knew that Devon Archer – we’ve proved that he was involved in a fraud against Indian tribes. He was convicted of that. Devon Archer met with Joe Biden in the White House in April of 2014, right around the exact same time, within a couple of days of, when Devon Archer became a board member of Burisma. A few weeks later, Hunter Biden became a board member. This is an enormous tangled web, a vast web of financial foreign entanglements and we’ve known this all along.” (Sen. Johnson, ‘Hannity,’ 3/30/2022)

On Joe Biden Being Compromised:

“Why did he wave all these sanctions on the Nord Stream 2 Pipeline? Why did he cancel the China Initiative which was a Department of Justice investigation initiative into China stealing our intellectual property at universities? Why did he take these actions? So we have no idea what Russia, what China, what these other intelligence services know about President Biden and we have no idea how that might be affecting his policy decisions. I agree with Tony Bobulinski who said that Joe Biden is compromised. I think that’s pretty obvious that he must be.” (Sen. Johnson, ‘Stinchfield,’ 3/30/2022)

On Lack of Transparency:

“No, there is going to continue to be more to come. There’s an awful lot of records we will be making public. Hunter Biden’s laptop is a treasure trove. As people examine that, they start making connections. More and more information is coming out about his involvement in the bio labs in Ukraine, the fact that he had encryption from the Department of Defense. What’s all that about? We still haven’t got records from the Secret Service. They’re covering up for the Bidens as well. We’re only just scratching the surface here. The fact that the media is not covering this, that this isn’t front page news, just proves how the media is no longer impartial. They have become advocates for the radical left, for the Democrat party, which is one of the same thing.”  (Sen. Johnson, ‘Stinchfield,’ 3/30/2022)