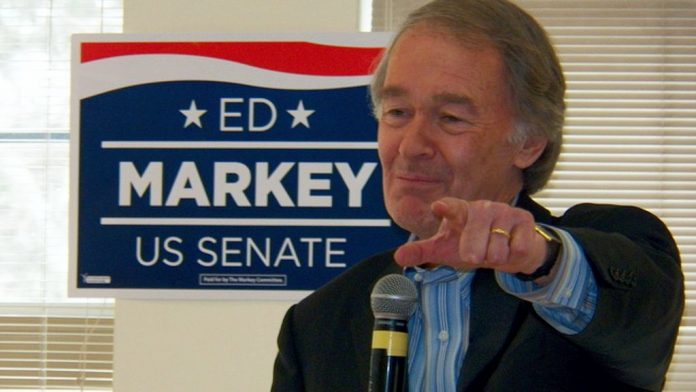 Says Senator Markey tweets, “Portland police routinely attack peaceful protestors with brute force. We must disarm these officers, and every other police department in America, of weapons of war, and enact a nationwide ban on tear gas, rubber and plastic bullets, and bean bag rounds.”

Portland police routinely attack peaceful protestors with brute force. We must disarm these officers, and every other police department in America, of weapons of war, and enact a nationwide ban on tear gas, rubber and plastic bullets, and bean bag rounds. https://t.co/PDZcjhmSLB

“Our streets are not meant to be battlefields, and law enforcement shouldn’t be using weapons of war against protestors and other Americans,” said Senator Markey. “Law enforcement’s use of tear gas also compounds the effects of structural racism, because we know communities of color are already suffering disproportionately during this global respiratory pandemic. It’s time we stop using these potentially lethal weapons against our own people. I thank Senator Sanders for his partnership on this legislation and urge our colleagues to join us in protecting the health and rights of the American people.”

“How can it be, in the United States of America, that militarized police forces can repress our people like occupying armies?” said Senator Sanders. “Enough is enough. Americans should never have to worry about being blinded, injured, or even killed by police as they exercise their First Amendment rights. I am proud to be joining Senator Markey to introduce this legislation to ban tear gas and rubber bullets. We need to make certain that when people go to the street to protest, that they are not treated like criminals and that their basic constitutional rights are not denied.”

For the term “riot control agent,” the legislation uses the same definition found in the Chemical Weapons Convention, to which the United States is a signatory, and which covers tear gas and its relative, pepper spray. According to a recent ProPublica report, tear gas leaves victims at “higher risk for contracting influenza, pneumonia, bronchitis and other respiratory illnesses” and “has been found to cause long-term health consequences.” Injuries can also include chemical burns, blurred vision, corneal erosions, ulcers, nerve damage, abnormal growth of tissue on the eyes, and permanent vision loss. The term “kinetic impact projectiles” covers rubber and plastic bullets, bean bag rounds, sponge rounds, pellet rounds, wooden dowels, and any other projectile-delivered impact munitions. Both riot control agents and kinetic impact projectiles have been found to be indiscriminate weapons than can cause serious bodily injury, and in some cases, death.