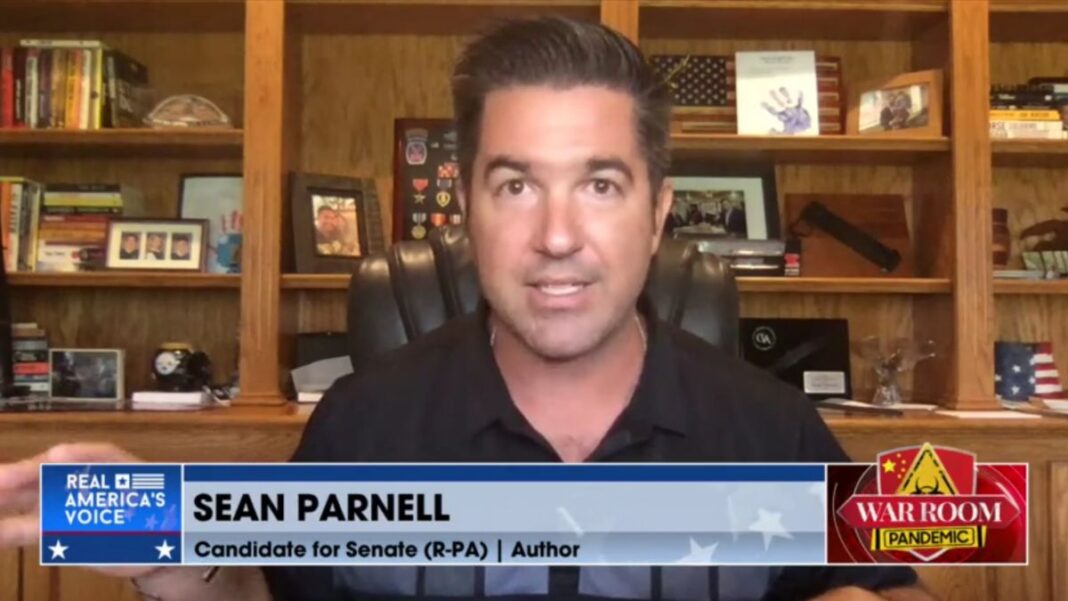 U.S. Senate candidate Sean Parnell of Pennsylvania joined Steve Bannon on “War Room” for the first half hour of the afternoon show. They talked about politics (Donald Trump has endorsed him), Afghanistan (Parnell is an Army veteran of the conflict), and election integrity:

“I support audits after every election. Ultimately this is about giving the people a sense of clarity, accuracy and transparency. … We protected an election in Afghanistan in 2006, and our commanders used to say, “When you are safeguarding an election for a fledgling democracy, you have to have accuracy and transparency. We had that in Afghanistan in 2006; we did not have that in the United States or the Commonwealth of Pennsylvania in 2020.”