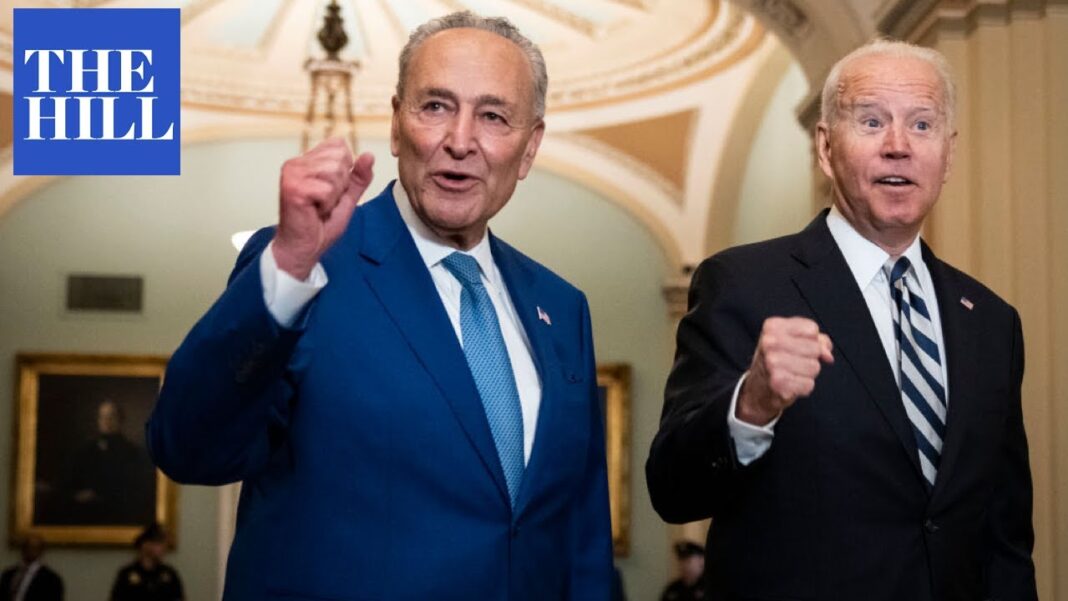 Perhaps it is a question for philosophers akin to the old “if a tree falls in the woods and no one is there to hear, then does it make a sound,” but if a bare Senate majority can pass the vast bulk of their policy agenda without ever needing 60 votes to end a filibuster, then does the filibuster still exist?

It has become a bit of a running joke at this point to see what new square peg Democrats will shove in their round hole reconciliation infrastructure bill. Where once “infrastructure” meant repairing crumbling roads and bridges that we all travel on, it now means everything from health care to education to somehow include even amnesty for illegal aliens. Not to be lost in this Orwellian exercise of transforming the meaning of words, is the true project. The ever more agitated calls for the nuclear option to abolish the filibuster are finding a new outlet in what can now be understood as the ‘silent’ nuclear option. Expansion of the use of reconciliation beyond the limited scope of deficit reduction would allow Senator Schumer to repeal the filibuster without firing a shot. This rope-a-dope strategy focuses fire on the filibuster while the repeal slips in the backdoor.

To understand where we are, first we need to understand the brief history of reconciliation. The tool was created in the Budget Control Act of 1974 and was first used in 1980. Right off the bat, the budget tool began to be abused to add policy provisions that had nothing to do with deficit reduction or budgetary matters. This led to the Senate attempting to rein in the abuse by establishing rules to restrict “extraneous” matters from being included in 1985. Reconciliation is designed to be an expedited way for Congress to identify changes to law that could reduce deficits and improve the budgetary situation of the country. Thus, reconciliation is only allowed after a budget resolution has been passed by both the House and Senate that contains reconciliation instructions. The reason is simple. Reconciliation is an extraordinary tool that waives rules (most importantly it removes the ability to filibuster) that would normally apply to legislation under consideration. The idea is that if Congress has carefully crafted a budget to make the country fiscally sound, then changes to current law to match the vision of the budget are vital.

But the desire of Congressional majorities to use the great power inherent in reconciliation for a wider scope of policy started almost immediately. In 1985 Senator Robert Byrd said of reconciliation:

“[W]e are in the process now of seeing … the Pandora’s box which has been opened to the abuse of the reconciliation process. That process was never meant to be used as it is being used. There are 122 items in the reconciliation bill that are extraneous. Henceforth, if the majority on a committee should wish to include in reconciliation recommendations to the Budget Committee any measure, no matter how controversial, it can be brought to the Senate under an ironclad built-in time agreement that limits debate, plus time on amendments and motions, to no more than 20 hours. It was never foreseen that the Budget Reform Act would be used in that way. So if the budget reform process is going to be preserved, and more importantly if we are going to preserve the deliberative process in this U.S. Senate—which is the outstanding, unique element with respect to the U.S. Senate, action must be taken now to stop this abuse of the budget process.”

Congress has a funny way of making even the biggest doom and gloom cynics look prophetic. Today, a parliamentary tool designed to reduce deficits in the budgetary process is seen as a plausible vehicle to pass amnesty. Indeed, at least one member of Congress is saying he will oppose any reconciliation bill that does not include mass amnesty for those in the country without status.

The question now is whether Senate Democrats believe there is any limitation at all on the use of reconciliation. Properly understood, the Senate Democrats are simply using the reconciliation process as a proxy war for the greater goal of effectively silencing the minority in the legislative process. If Senator Bernie Sanders can pass a $6 trillion reconciliation package that dramatically changes immigration policy along with a host of dramatic changes in education, environmental, and health care policy, then there really is nothing reconciliation cannot do. And keep in mind that the Senate is actually tied at 50 Democrats and 50 Republicans. The only reason Democrats are the majority party is because Vice President Harris casts the tie votes, making her effectively the 51st Democrat.

If Democrats are successful with this type of radical change in the understanding of the limits of reconciliation, then they will rightly cheer the end of the filibuster for all intents and purposes. Any opponent of abolishing the filibuster and turning the Senate into the House of Representatives’ baby brother, must equally oppose using the reconciliation process to reach the same end.

The parliamentary power of reconciliation is that it silences debate. The reason is that reconciliation is supposed to only occur after an extensive debate by Congress determining their narrow priorities to reduce the deficit and make the country more fiscally sound. In other words, the debate already happened during the budget process, in theory. When that very valuable tool is used outside that considered process simply to enact a political party’s agenda instead, then there is no opportunity for debate and no off ramps if the policies are harmful to the people.

Immigration policy affects so many areas of public life. It would be a disaster to see that policy broadly changed within the context of a massive $6 trillion infrastructure bill passed by a budgetary parliamentary rule. And if that occurs, the sky’s the limit for any ambitious slim majority of Senators to rewrite the entire statutory code without so much as a nod to the public at large. With the Senate majority up for grabs every two years, that is a thought that should make everyone on any side think twice.

JARED CULVER is a Legal Analyst for NumbersUSA 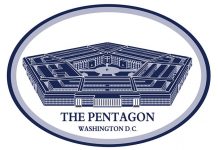 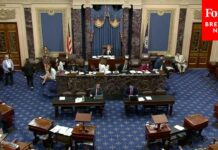 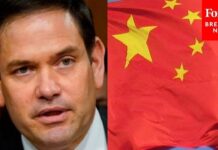