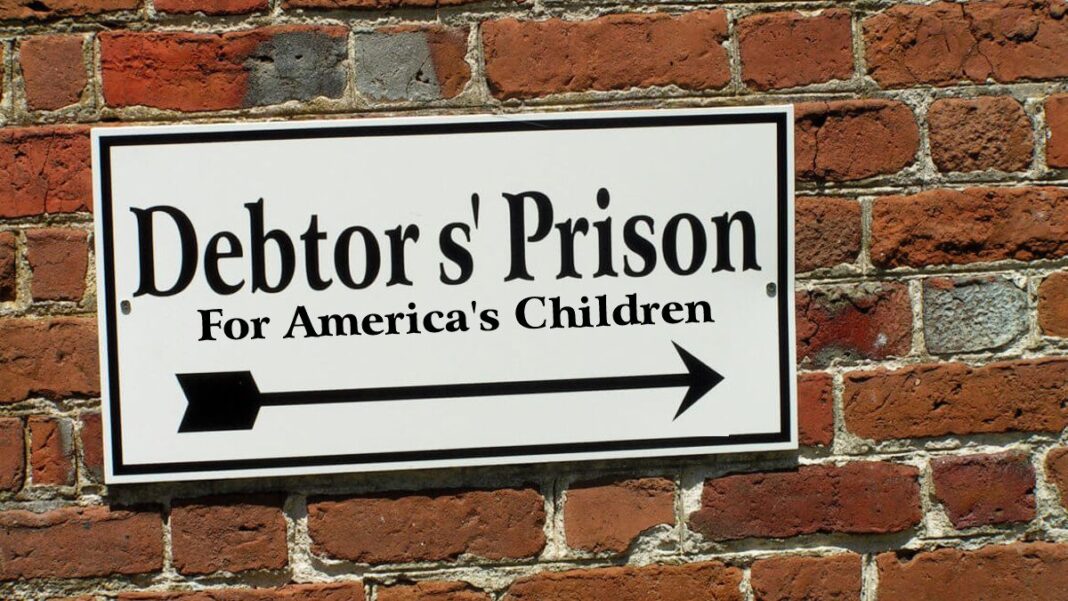 When citizens think about lawmaking, they usually think about substantive laws such as civil rights, environment, or new taxes. Budget details are ignored as “in the weeds.” Somehow Congress leaves the budget analysis to the proverbial bean counters. Yet, the federal budget drives the long-term policy of the nation perhaps more than any legislative act. And yes, the federal budget and related appropriations are laws that are passed by Congress and signed by the president. All of our elected leaders are responsible for the monies spent by our government.

The federal budget determines what we spend money on and who pays for what we spend. There is constant anger over the worthiness of who will receive the money today, but almost total silence over who will pay for what is spent, borrowed or subsidized by the Fed’s bond-buying. The poor need money to live; bankers need subsidies since they are too big to fail. In short, everyone needs the taxpayer’s money today and Congress obliges with many gifts.

The last three presidents of the U.S. (George W. Bush, Obama, and Trump) have imposed $22 trillion in additional National Debt out of a total of $29 trillion of debt. These three presidents are responsible for 76% of the nation’s entire National Debt from the founding of the Republic. In his first year in office, President Biden (FY 2021) has increased the National Debt by $1.5 trillion and is now proposing more trillions in new social programs.

Welcome to 2022, the year the U.S. exceeds $30 trillion in National Debt. Each person’s share of just the National Debt is $85,423, and for every household, it is $221,321. These amounts do not include the unanticipated trillions more in unfunded liabilities for pensions, Social Security, Medicare, and even accidents from nuclear power plants or protecting the pharmaceutical industry from liability for Covid vaccines.

At some point, however, a future generation, forced to pay off the debt, will object since it did not have any say in creating the debt. At what point does this massive national debt become so burdensome citizens can’t pay it off? Does the U.S. print dollars as long as it has paper and ink? Does the Department of the Treasury merely create more electrons and add digits to bank accounts? Should the U.S. devalue the dollar to a penny so its debt is cheaper to pay off? Not many attractive alternatives.  Perhaps citizens should elect members of Congress who pledge to restructure the nation by devolving to the states the many federal powers taken from the states?

In Martin Luther King, Jr’s Letter from Birmingham Jail, there is a passage on unjust laws that should be mandatory reading for every lawmaker. It applies far beyond the heinous evils of racial discrimination. It is a timeless analysis of the fundamental attributes needed in structuring “just laws” in a democracy.

King is asked: “How can you advocate breaking some laws and obeying others?” He replied, “…there are two types of laws: there are just laws, and there are unjust laws.” He explained the moral basis for the distinction. His two examples of the differences provide insight into structuring “just laws” in a democracy.

To Dr. King, an unjust law is a law the majority imposes on a minority but not on itself. A just law applies to all equally.

Secondly, an unjust law is inflicted upon a group that had no part in its passing; e.g., the group was deprived of the right to vote.

Republicans and Democrats are equally responsible for the National Debt. Republicans, though the Trump presidency, for all their righteous calls for fiscal restraint, are responsible for about 60% of the National Debt. Biden is quickly moving the split into a 50-50 tie. Both parties relish spending our money and using budget gimmicks to impose more debt on us while lying to our faces. For example, Congress and past administrations lie about the increasing how it spends taxpayer money by keeping the cost of continuing wars off the books; passing Continuing Resolutions to avoid cutting worthless programs; or deeming unauthorized laws authorized so Congress can fund them without any oversight.

It is doubtful that present politicians and voters will pay off this debt in their lifetimes. Accordingly, we citizens must recognize that we live on the future productivity of those who have no vote, or any other say, in creating the debt.

Other than the writings of Dr. King and a few leaders of peaceful resistance movements, the discussion of “unjust laws” is left to philosophers and ethicists. The immenseness of the national debt and its impact on future generations requires debate today.

The national debt will become so burdensome to future generations that it will undermine democracy by placing future citizens into involuntary servitude to a federal government that cannot pay its bills. We can no longer separate questions of morality from the consequences of legislative actions like thoughtless increases in the debt ceiling and new open-ended programs.

We can easily claim there is nothing we can do—our elected leaders control the budget, spending, and increases in the debt ceiling. Moreover, the supporters claim the federal government needs to borrow more money to pay for the many “good causes” that must be addressed. These supporters argue it would be immoral not to take care of the least among us or provide child care for working mothers or spend trillions on a Green New Deal to save the planet?

If the federal government today imposed the full amount of taxes on citizens needed to pay for all the programs it provides, there would be a tax revolt against “unjust taxes.” Tax revolts have happened since the government first imposed taxes on people. But, accumulating and deferring the payment of debt allows those running government today to avoid responsibility for their actions by shifting the cost of our wants to future generations.

Each dollar expended by us today without earning that dollar is a dollar our posterity will have to repay for us. As citizens in a democracy, we are responsible for the actions of our government. Those taking state action are our servants. We have the ability through our vote to control them. As we continue to amass debt, we tell future generations they “have no rights.” Such an assertion is the essence of an “unjust law.”