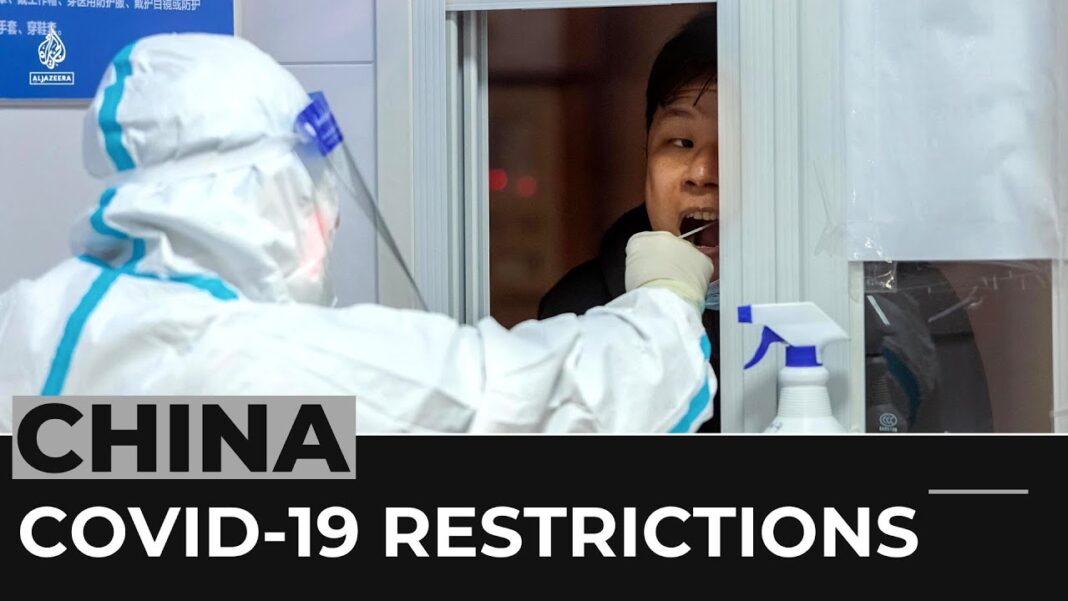 Protests erupted in Shanghai and on university campuses across the country over the weekend, with crowds calling for the Chinese Communist Party (CCP) and its top leader to step down, in a rare display of public dissent that the country hasn’t seen in decades.

The latest wave of widespread anger, from the capital of Beijing to the southern city of Nanjing, occurred after massive protests broke out in the far west region of Xinjiang, where strict COVID-19 curbs were blamed for 10 deaths and nine injuries in a high-rise apartment fire in Urumqi, the region’s capital city. Local authorities denied the accusation.

In Shanghai, crowds of demonstrators gathered for a vigil at Wulumuqi Middle Road, a street named after Urumqi, late on Nov. 26, according to online videos and attendees.

“Demand freedom!” People could be heard shouting in multiple videos, which were widely circulated on the county’s social media before being taken down.

“Xi Jinping,” a man chanted in a video. “Step down!” more followed.

“Communist Party,” some shouted; “Step down!” others responded. They repeated the chants while people could be seen holding blank white paper or recording the scene with their phones in the footage.

Eva Rammeloo, a reporter for Dutch newspaper Fidelity who was at the protest site, said she has “never seen anything like this” in the 10 years of her reporting in China. She estimated that there were more than 1,000 protesters in the early morning on Nov. 27.

Police began to arrest protesters. Some protesters could be heard shouting: “Don’t use violence!” A man said to the police: “You are people’s police, you should serve the people!”

Rammeloo asked a police officer if he agreed with the protesters.

“He smiled with a very long silence. ‘We can’t do anything about it. Mei banfa,’” Rammeloo wrote on Twitter.

Wulumuqi Middle Road has been barricaded, but there are protests along the road, according to Rammeloo.

By Dorothy Li and Sophia Lam