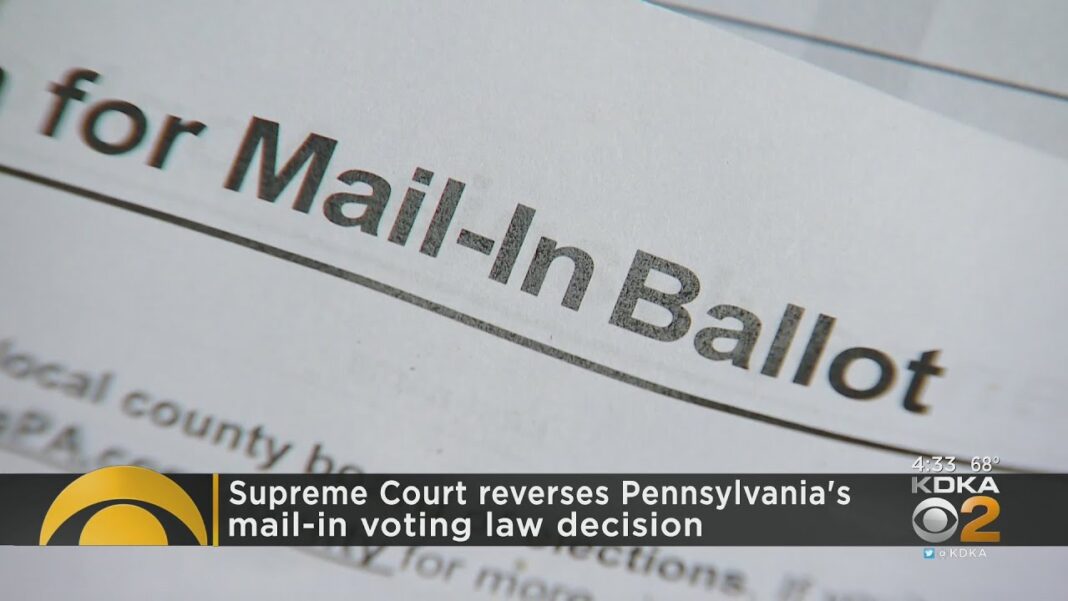 The Supreme Court on Tuesday vacated an appeals court decision that required Pennsylvania to count mail-in ballots even if there is no date on the envelope.

“The judgment is vacated, and the case is remanded to the United States Court of Appeals for the Third Circuit with instructions to dismiss the case as moot,” wrote Justices Sonia Sotomayor and Ketanji Brown Jackson (pdf), siding with David Ritter, an unsuccessful Republican candidate for a judgeship.

They also threw out a U.S. 3rd Circuit Court of Appeals’ ruling that allowed the counting of mail-in ballots in the race that Ritter had sought to remove because voters did not write the date on the ballots. Ritter lost his 2021 bid to serve on the Lehigh County Court of Common Pleas after 257 mail-in ballots that didn’t have dates were counted.

But the Supreme Court’s action on Tuesday means that the 3rd Circuit ruling cannot be used as a precedent in the three states covered by this regional federal appellate court—Pennsylvania, New Jersey, and Delaware—to allow the counting of ballots with minor flaws such as the voter failing to fill in the date. Vacating the ruling does not change Ritter’s loss in his race.

Earlier this year, the Supreme Court denied Ritter’s attempt to block the counting of ballots that lacked dates. Justices Clarence Thomas, Samuel Alito, and Neil Gorsuch dissented. Days before that (pdf), a panel on the 3rd Circuit ordered the counting of the undated ballots.

Alito had written that the lower court’s ruling “could well affect the outcome” of the elections this year as voters go to the polls on Nov. 8 in midterms in which Republicans are seeking to seize control of Congress from the Democrats.