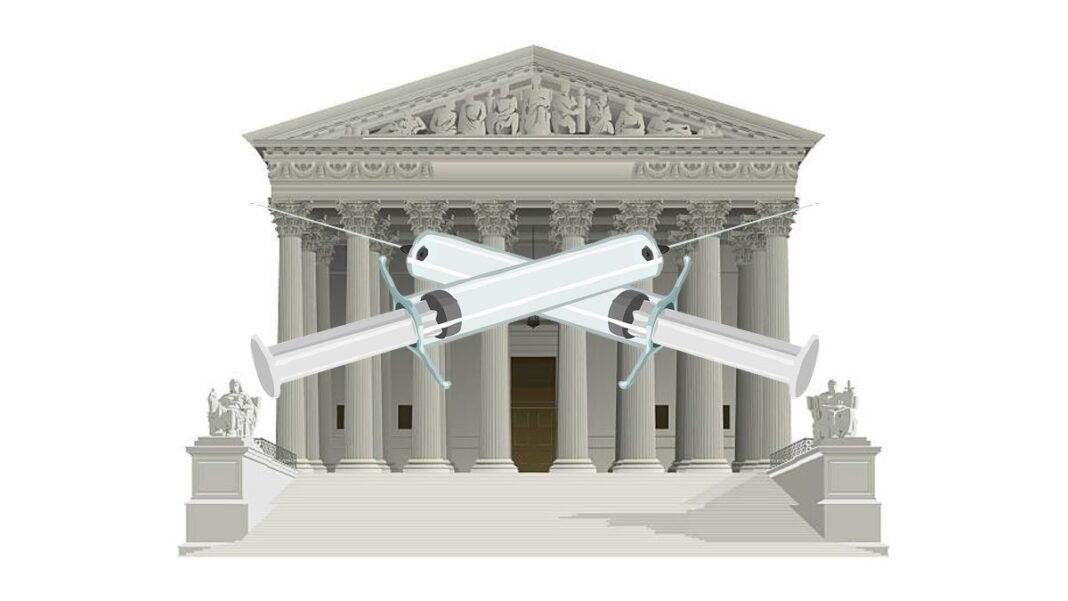 On Thursday, January 13, 2022, the Supreme Court issued mixed rulings in two cases challenging Biden administration vaccine mandates, allowing the requirement for health care workers in medical facilities that take Medicare or Medicaid payments to stand, while blocking enforcement of the mandate for businesses with a 100 or more employees.

The Occupational Safety and Health Administration (OSHA) rule that took effect on Monday, January 10, 2022 forced businesses with a 100 or more employees to require workers to get vaccinated, or get tested weekly and wear a mask.

“Requiring the vaccination of 84 million Americans, selected simply because they work for employers with more than 100 employees, certainly falls in the latter category,” the court wrote.

Liberal Justices Stephen Breyer, Sonia Sotomayor and Elena Kagan dissented, writing that the majority has usurped the power of Congress, the president and OSHA without legal basis.

In the ruling on the administration’s vaccination mandate for health-care workers, a 5-4 majority sided with the Biden administration.

“I do not think that the Federal Government is likely to be able to show that Congress has authorized the unprecedented step of compelling over 10,000,000 healthcare workers to be vaccinated on pain of being fired,” Alito wrote in his dissent.